Friday, August 7
You are at:Home»News»Sarawak»Indigenous plant may hold potential in cancer cure — Researcher 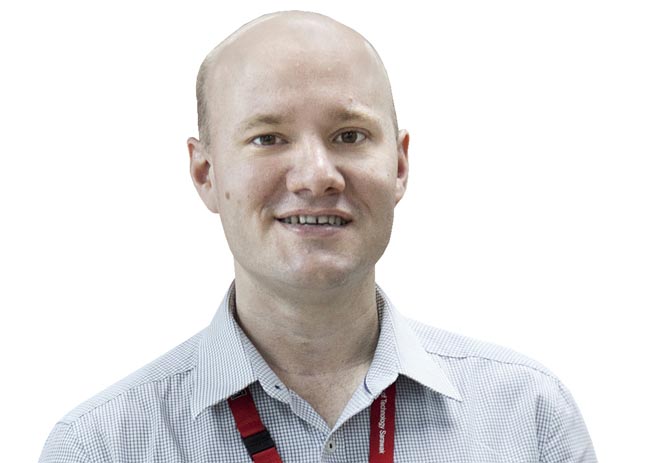 KUCHING: A plant native to Borneo may hold the key to treating nasopharyngeal cancer, according to research carried out at Swinburne University of Technology Sarawak Campus here.

The Aglaia plant — known as ‘Kelabuno’ among the Orang Ulus and ‘Segera’ among the Ibans – has been discovered to contain a highly potent anti-cancer compound called ‘silvestrol’, which is capable of killing cancer cells by preventing rogue cells from making proteins that they need to survive.

In the laboratory, silvestrol has proven to be just as effective in destroying cancer cells as most common chemotherapies.

The research, headed by Dr Paul Neilsen, is investigating if the compound is also effective in killing nasopharyngeal – or nose cancer — cells.

“So far, initial results are promising, suggesting that silvestrol may be a good candidate for the treatment of this type of cancer in the future,” he said.

According to Neilsen, nasopharyngeal is difficult to detect and inoperable as the tumour occurs deep within the nasal cavity at the base of the brain in a location called the nasopharynx. His research is to identify an alternative approach to treatment.

“About 75 per cent of patients are only diagnosed when the cancer is in its advanced stages and has spread to other parts of the body,” said the Australian, adding that since surgery was not an option, patients would typically have chemotherapy and radiotherapy as treatments.

Nasal cancer, which has a 60 per cent mortality rate, is endemic among rural communities and it is the most common cancer found among men in Sarawak.

It appears that while several ethnic groups indigenous to Sarawak have a high risk of developing the cancer, the Bidayuhs face the highest risk in the world.

“To put this in a local context, the Bidayuhs are over 30 times more likely to develop this cancer than the Indians in Malaysia,” Neilsen said.

A worldwide patent for the rights to develop silvestrol against various types of cancer belongs to the Sarawak government. The patent is maintained and overseen by Sarawak Biodiversity Centre (SBC).

The roles of the collaborators are clearly defined, with SBC having a programme on the collection and identification of the Aglaia plant for extraction and purification of the bioactive compounds.

These compounds are chemically characterised and provided to Swinburne Sarawak for cancer research work.

SBC, through its own research and development (R&D), will also look at approaches to synthesise and/or semi-synthesise the compounds for clinical trials, should the pre-clinical tests be successful.

Swinburne Sarawak, in accelerating the pre-clinical research, is in collaboration with the Institute of Medical Research in Kuala Lumpur to look into the ability of silvestrol to work together with existing cancer therapies in killing cancer cells more effectively.

“Ultimately, we hope that the outcome from the research collaboration with the SBC, along with further funding, would lead to a Phase One clinical trial on silvestrol in Sarawak,” said Neilsen.