Sunday, February 5
You are at:Home»News»Sarawak»Car destroyed by fire near flyover
For the freshest news, join The Borneo Post's Telegram Channel and The Borneo Post on Newswav. 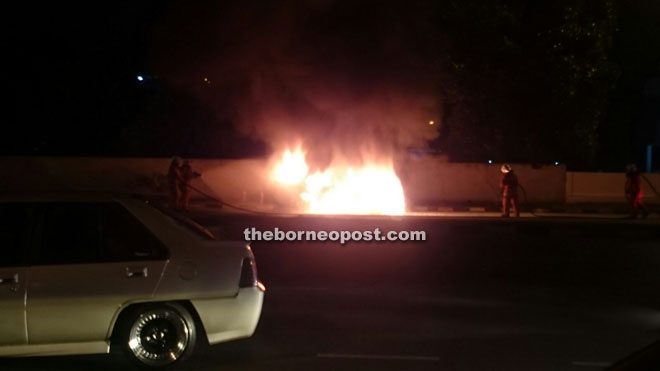 KUCHING: A Proton Waja car believed to have been abandoned by its owner, was destroyed by fire along Jalan Simpang Tiga near a flyover and petrol station here on Monday around 1am.

According to witness, Fire and Rescue Services Department personnel reached the scene at about 1am after received a distress call. 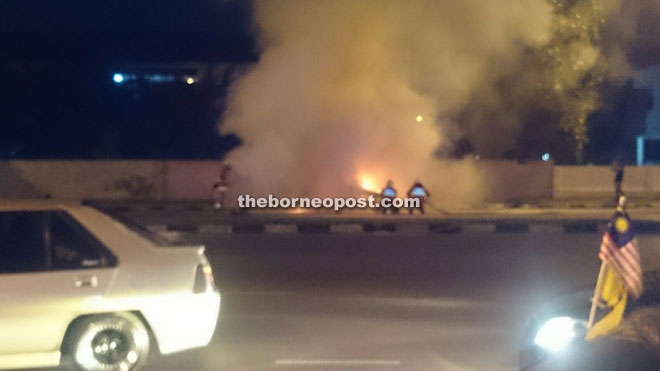 The firemen managed to put the fire under control within three minutes.

No casualty or untoward incident was reported in the 1am incident.

Witnesses at the scene told reporter that they heard two explosions which believed to be coming from the car’s tire. 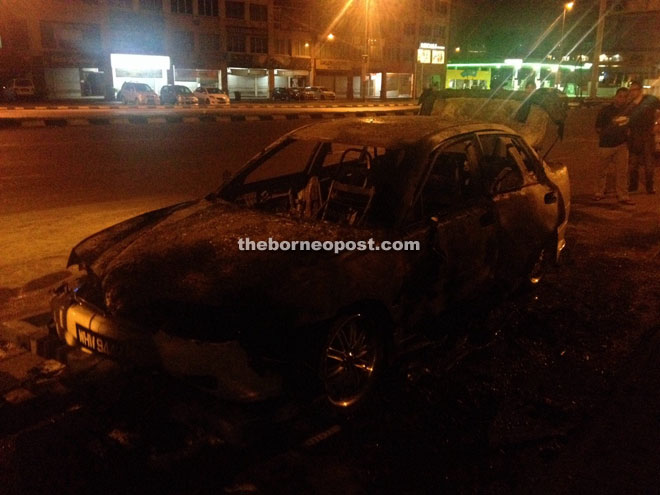 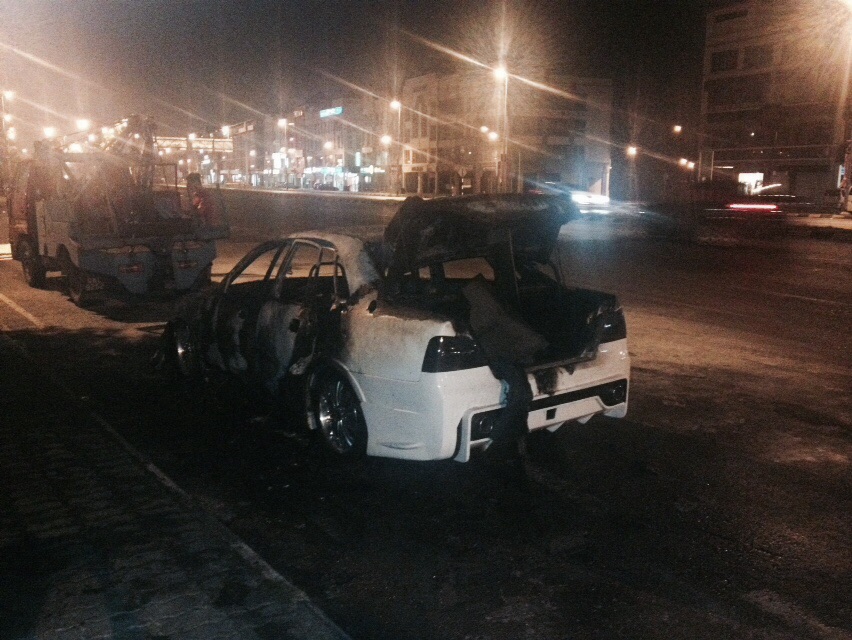