Wednesday, May 12
You are at:Home»News»Sabah»Sacrificing forest revenue for sustainable future 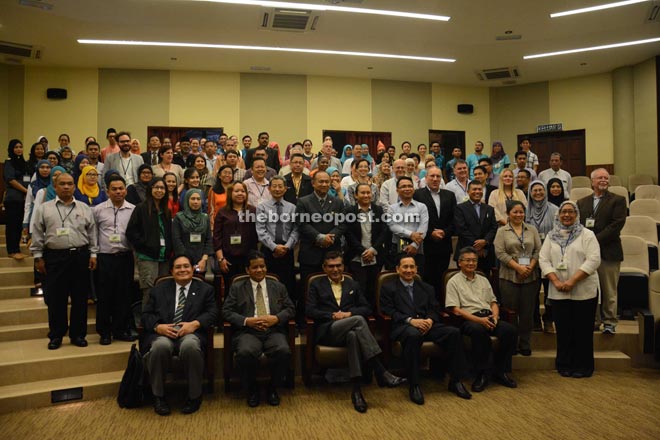 SANDAKAN: The government has accepted the fact that Sabah’s forest revenue has to be reduced to give way for sustainable forest management (SFM) for a sustainable future.

According to the director of Sabah Forestry Department, Datuk Sam Mannan, Sabah’s forest revenue last year was only three per cent of the revenue in 1979, which was RM1.1 billion (equivalent to RM5.8 billion today) and dropped to RM175 million last year.

“The Sabah Forestry Department began SFM in 1989 with the assistance from a German agency. Besides the tough task of getting the industry to change its mindset on what constitutes ‘sustainability’, we also had to inform the state government of Sabah that the revenue from the forestry sector was going to decline after the implementation of SFM.

“You can imagine that it was quite shocking news to the government,” he said.

Sam said that he appreciated the government’s support in the effort towards sustainability and their efforts paid off.

He revealed that Sabah has doubled its Totally Protected Areas (TPA) from 800,000 hectares to 1.55 million hectares or about 21 percent of Sabah since the establishment of Heart of Borneo (HOB) in 2007.

To date, the State Government has set aside permanently 53 percent or about 3.9 million hectares of the state’s land mass as protected or conservation areas.

“Not only that our TPA has doubled since 2007, our partially certified and totally certified forests area (certified by world standard certification) has also increased from 60,000 hectares to almost a million hectares; mostly certified by the Forest Stewardship Council (FSC).

“However, all these figures are meaningless unless we could ensure that this could be continued. Hence, it is vital to let the young ones understand the importance of sustainability,” he said when officiating the seventh Best of Both Worlds (BoBW) 2015 at the Rainforest Discovery Centre (RDC) Sepilok here yesterday.

The BoBW conference 2015 is an international environmental education (EE) programme which features keynote speakers who are environmentalists and experts from all over the world to review the progress of EE and its impact on sustainability as well as to share effective methods for implementation of EE amongst different countries.

BoBW was first organized in South Africa in 1998. Considering the common interest in the development of EE, the Forest Research Institute Malaysia (FRIM) took the challenge to alternate the conference series between South Africa and Malaysia to share and learn from one another since 2005, until the University of Sao Paolo, Brazil joined the force in 2014.

This year, it is Malaysia’s turn to host the event and FRIM has chosen RDC to be the venue of conference with the theme ‘Ensuring Effective Delivery for a Sustainable Future’.

Over 100 participants join the six-day conference which features distinguished paper presenters and workshop facilitators from Malaysia and overseas such as South Africa, Laos, Brazil, Australia, United States of America and Nepal.

Director of Forest and Environment Division from FRIM, Dr Ismail Harun, said with the dwindling forest resources due to unavoidable development resulted from the increase of world population, it is important that EE is to be fast and effective.

“To protect and conserve the green areas, we must program activities of educational nature so that awareness and call for action towards conservation could be extended to the public.

“A learned and committed citizen will help us in protecting our natural resources and champion the cause for conservation. EE has to be effective and has to reach as many as possible,” he said.