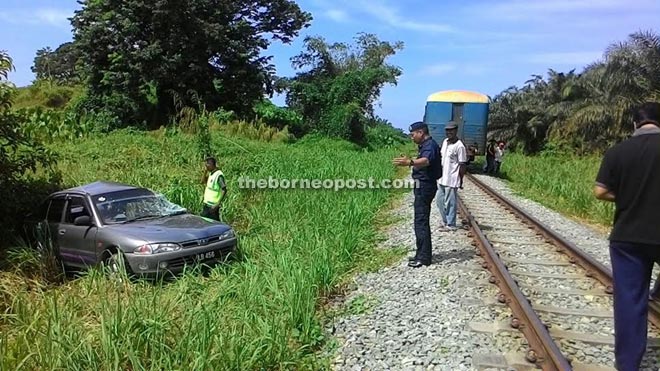 Police carrying out investigation at the scene after the passenger train collided with a Proton Wira at Jalan Mawau, Kampung Pimping in Membakut, Beaufort. 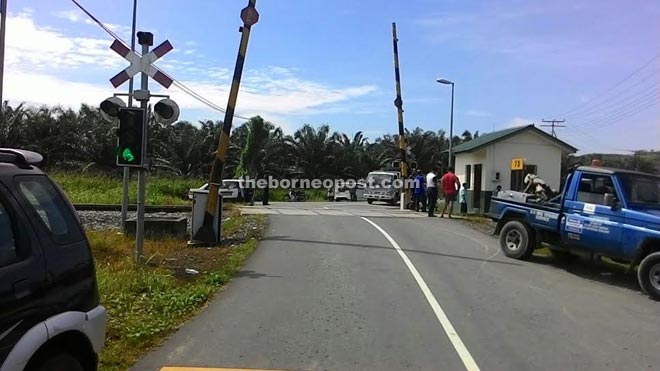 The railway and level crossing signals were believed to be functioning prior to the incident. 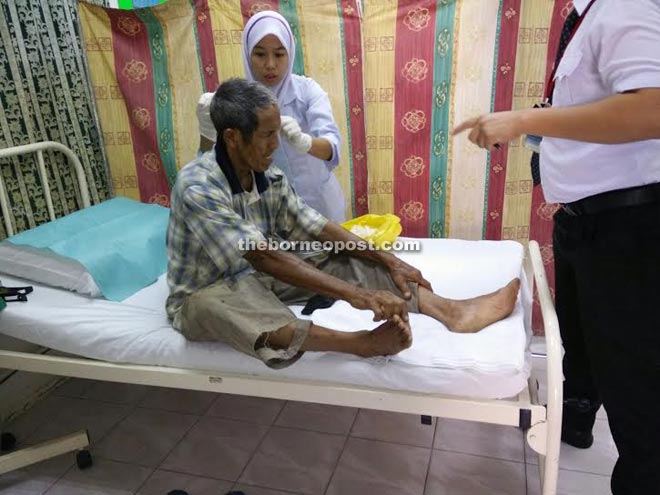 The car driver being treated at the Beaufort Hospital.

BEAUFORT: A senior citizen had a close encounter with death when the Proton Wira he was travelling in collided with a passenger train near Jalan Mawau at Kampung Pimping in Membakut here yesterday morning.

The 64-year-old driver only sustained minor injuries while 90 passengers, including the train driver, escaped unhurt.

Beaufort police chief DSP Azmir Abd Razak said no casualties were reported in the 9.35am incident.

“Police investigation revealed the train was transporting 90 passengers to Beaufort from Membakut when the Proton Wira car driven by a 64-year-old man believed to have driven over the railway tracks without stopping.

“The car was thrown a couple of metres into a ditch, about several meters from the railway tracks.

“The man only sustained minor injuries and has been taken to the district hospital for outpatient treatment, while everyone on board the train escaped unhurt,” he said yesterday.

It is believed that both the railway signals and level crossing were functioning during the incident.

Azmir said police were still investigating to determine the actual cause of the incident.