Monday, February 24
You are at:Home»News»Sarawak»Miri Waterfront set to be a landmark soon 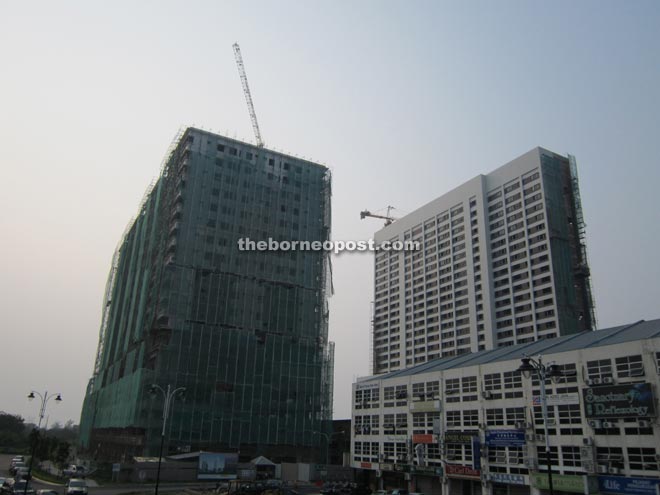 MIRI: Most people here anticipate Miri Waterfront to be a landmark after its facelift is completed by the first quarter of next year.

“The project is 80 per cent completed with rigorous progress to meet the expected schedule for project completion,” he told The Borneo Post yesterday.

He said the soft opening of the new landmark will likely in April next year.

The hotel, to be one of the tallest buildings in the city and nestled at the very mouth of the Miri River, offers elegance and astonishing panoramic view of the vibrant city and the South China Sea.

The Miri Waterfront Development is set to be one of the largest high rise residential and hospitality developments in Sarawak with total gross development value of RM450 million.

The project commenced in 2013 and is on-track to meet its completion schedule within 36 months, placing it among the fastest development projects involving skyscraper building in the state.

“The Wharf is a 182-unit luxury condominium encompassing 2+1 bedroom per unit with a starting price of RM900,000.

“Currently, The Wharf offers new package of three per cent cash back for limited units only on first-come first-served basis,” Albert added.