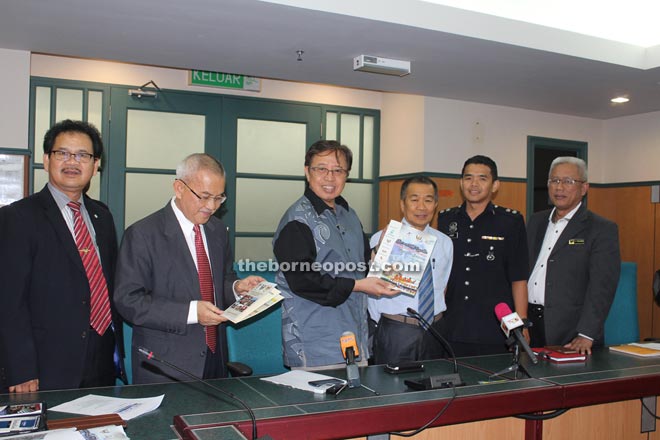 He said this year’s regatta would be held for two weeks, from Sept 18 to 27.

“The regatta itself will only be held from Sept 25 to 27, but during the two weeks there will be a lot of activities happening along Kuching Waterfront and the Tourism Complex area, especially from Sept 22 to 24, such as crafts and food festival which will feature food from Myanmar, Korea, Japan and Indonesia. All states in the country will be participating as well.

“For the dragon boat regatta, a total of 550 international participants from countries such as Japan, Hong Kong, Taiwan, Brunei, Singapore, Philippines and 318 local participants would be there,” Abang Johari told a press conference at his office in Wisma Sultan Tengah here yesterday.

He added that there would also be a lot of activities happening across the Kuching Waterfront in Kampung Boyan, Kampung Gersik and Kampung Surabaya such as competitions organised by Sarawak Economic Development Corporation (SEDC) related to food and culture every night until Sept 27.

“Meanwhile, the actual regatta will be held from Sept 25 to 27, and Chief Minister Datuk Patinggi Tan Sri Adenan Satem is expected to declare it open while Head of State Tun Pehin Sri Abdul Taib Mahmud will close the event.

“Other activities to look out for during those two weeks are the Mooncake Festival at Carpenter Street as well as a lantern procession, Abg Johari said.

“We urge members of the public to strictly follow the road signs and to avoid parking at road shoulders as that will cause congestion,” Hardy said.