Friday, September 24
You are at:Home»News»Sabah»Three killed as motorbike and two vehicles collide 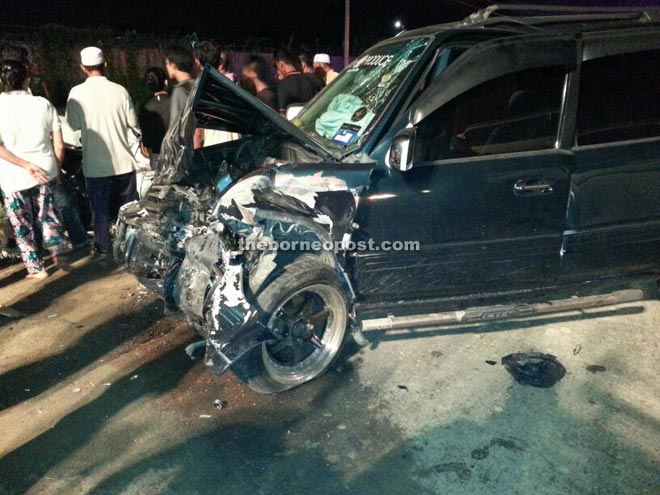 The Honda CRV that suffered frontal damage following the collision. 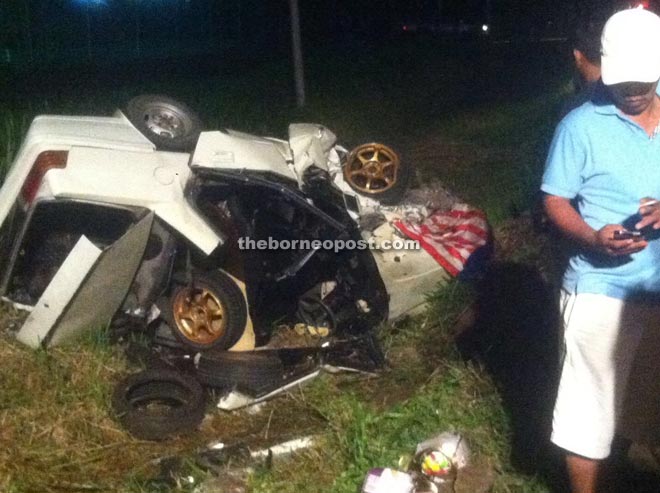 The condition of the Proton Iswara after the collision.

LAHAD DATU: A woman and her two-year-old daughter were among three persons killed in a road accident involving two cars and a motorcycle at Km 6, Jalan Lahad Datu-Tungku on Monday night.

The dead were identified as Heryna binti Badu, her daughter Azra Syuhada binti Rony and Ainisal. The mother and daughter were travelling in the car while Ainisal was among three persons riding on the motorbike.

Hamzah said initial investigation revealed that the motorcycle was coming out of a junction when it was hit by a Proton Iswara car that was heading to Tungku from Lahad Datu town.

The three victims died as they were rushed to the hospital here, while the driver of Proton Iswara and the rider of the motorcycle suffered serious injuries.

Hamzah said the driver of Honda CRV, a passenger in the Proton Iswara and another pillion rider suffered only minor injuries and were taken to the district hospital for further treatment.

“Further investigation is still ongoing under Section 41(1) of the Road Transport Act 1987,” he said.

Lahad Datu Fire and Rescue Department chief Mohd Apandi Mahmood said his department was alerted to the accident at 7.30pm and rushed a team of personnel to the scene to assist to free three victims who were trapped inside their vehicles.