Tuesday, August 4
You are at:Home»News»Sarawak»River bank erosion may wash down graves in Krokop 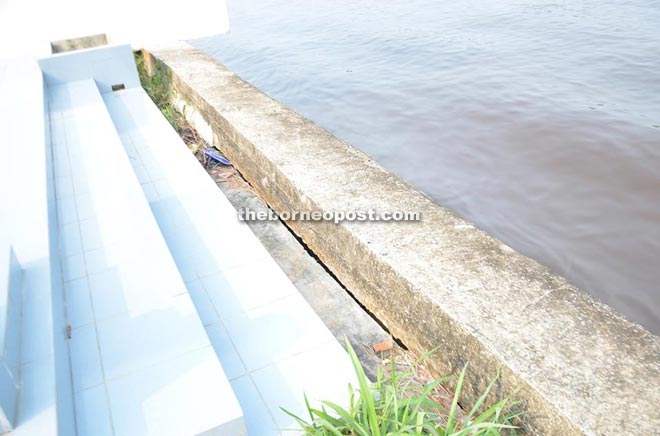 A gap at the retaining wall that indicates a weak point 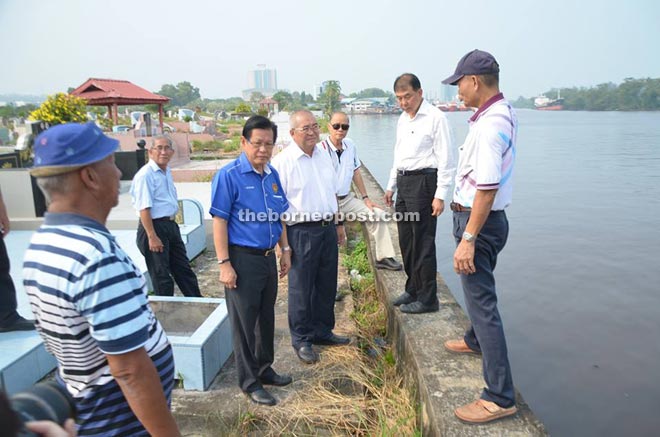 MIRI: Some graves of the Chinese and Malay cemeteries in Krokop here alongside Miri River may subside into the river if no action is taken to arrest the erosion of its bank.

The current retaining wall seems not able to withstand the effect of the river current which has weakened the soil foundation that holds the structures.

This problem was recently discovered by Miri Chinese Charitable Trust Board members who then brought the matter to the attention of Assistant Minister of Communication Datuk Lee Khim Shin.

Lee, together with officers from Drainage and Irrigation Department (DID), yesterday inspected the problem area. The department was then instructed to work out a solution to the problem including estimating the remedial cost to cover both the Chinese and Muslim cemeteries which are in proximity to each other.