Members of the winning teams gather for a group photo after the prize-giving ceremony. 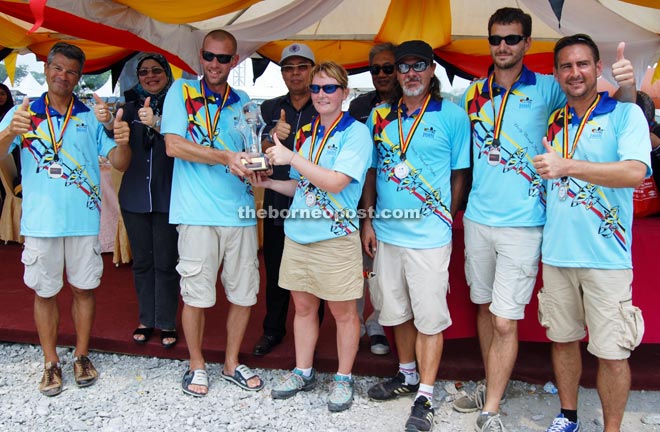 CVF team members pose for a photo-call with (from left, back row) Rodziah, Dr Rundi and Yakup.

They received a trophy and medals from Assistant Minister of Public Utilities (Electricity and Telecommunications) Datuk Dr Stephen Rundi Utom.

The tournament, which kicked of Sept 23 and ended on Sunday, also saw a local team Silat from Bintulu Kite Flyer, which has been representing Malaysia at the international competitions, finishing second.

Silat was represented by Abu Hanafiah Ismail, Adam Ahmad, Roslan Omar, Sofian Suhaili and Mohd Zulfadli Sofian. They also walked away with a trophy and medals.