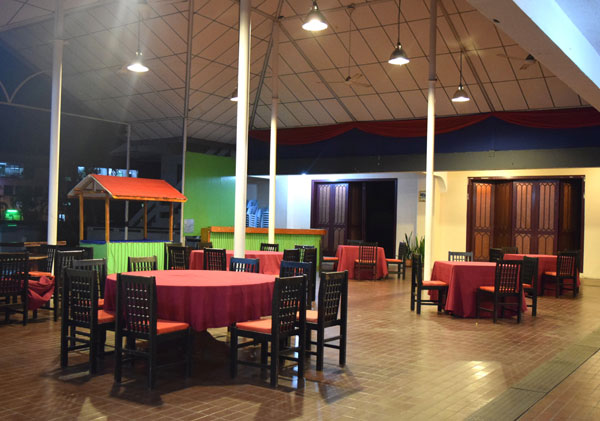 The spacious and airy restaurant.

IF the history of Miri could be woven into a tapestry, the Gymkhana Club would feature brilliantly in it.

Since the oil discovery in 1910, Miri has taken on a unique persona as an urban, modern and industrial centre of Sarawak. It grew from a small fishing village, dominated by local JatiMiriek folks, into a multi-racial oil-based town.

There were, at one time, more foreign passport holders here than any other towns in Borneo. Horses were used by the oil drillers while foreign-made machinery also brought in.

Chinese migrants, wearing coolie hats and walking about barefoot, were seen working among blond and blue-eyed engineers from Canada, Australia and the UK.

Rickshaws, drawn by strong Chinese men, formed part of the semi-urban scene before the arrival of the first cars and buses.

Small boats plied the Miri River, bringing fish in  from the sea and ferrying farmers from kampung to kampung along the Luak Bay — from Sibuti to Kuala Baram.

By 1913, the Gymkhana Club Miri (GMC) was set up. However, till today, no one really knows who came up with the name. Perhaps, it was a desire back then to have a club with horse-riding to help the expat members feel less homesick for the English countryside!

Gymkhana is associated with horse riding.

It could also be the trend at the time to form gymkhana clubs all over Asia. And being part of the region, Sarawak, without such a club, would feel left out despite a booming oil and gas industry.

Besides, India and Africa had already set up their gymkhana clubs. For example, the Bombay Gymkhana Club was established in 1875. And there is also the world-famous Karachi Gymkhana, set up in 1886, and is one of the largest in Asia with 9,000 members.

Gymkhana also means sports grounds with cricket being the most important game played.

Many Mirians would remember the white uniformed teams in the 50’s and 60’s playing cricket at the Gymkhana ground, now taken over by the development of private shoplots.

There were several cricket teams from Miri in those days. It is, indeed, a pity the beautiful public space (for cricket), one of the city’s green lungs, was eaten up by concrete structures in the name of development.

A cricket ground which could have produced talented players, is, thus, buried under the sands of time and the rubbles of concretisation, consigning cricket in Miri to the sinbin of history.

The Gymkhana football field was also the open space where the State Department of Information, provided free movies for the public.

Many still remember how their families enjoyed quality time together, sitting on cardboards and watching the white screen being put up in the early evening.

The opening icon of Pathe News and the roar of the MGM Lion thrilled the crowds. The residents of Kampung Wireless, Canada Hill, and many around the vicinity would fill up the vacant spaces. That was before the days of TV, of course. 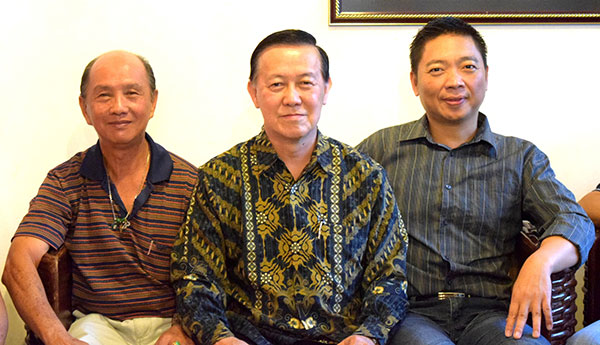 In 1926, the GCM built the first swimming pool in Miri. It was around then that Shell Company took over the running of the Club. However, it is not clear whether or not the Shell members came to the Club on horseback. Some people had made claims to it.

The upper class, senior government servants, expatriates and Shell staff continued to enjoy the facilities at the Club. It was a kind of posh place to be seen and heard.

It was also known “the Japanese Governor used the Club as his residence during World War II.” But so far, no Japanese ghosts have been seen or heard by the security guards in the silent hall in the middle of the night.

There are few documented accounts of the Japanese occupation in Miri. Perhaps, it is time for Mirians to write more on this particular era of Sarawak’s history.

Thanks to sponsorships from Shell and Petronas, the Club today has an Olympic-sized swimming pool. Aqua-aerobics is a pleasant activity and many students get their basic training from their coaches.

Swimming has long been a tradition of the Club where many state swimmers from Miri were nurtured and groomed.

The GCM continues to have special swimming sessions for children as well as adults in its well-maintained pool. As for staff service, one must say most of them have served the GCM for more than 20 years, frequently acting as “surrogate parents” to visiting children.

The Club has also trained up many good tennis players for Miri. In a way, it also serves as a great social service provider to even non-members.

For instance, its tennis courts are available for public and government tournaments.

Many up and coming squash players have been groomed at the GCM.

Sanjay Jewa, one of the top squashers in the country, spent his early years training at the GCM with his father (Jewa). Sanjay is now training in West Malaysia.

Like all similar clubs, there are sports activities for the young and old.

The gym is very popular, especially when the days turn cold and damp.

Another well-patronised activity is the karaoke session — on Tuesday, Thursday and Saturday.

Entertainment convenor Stanley Soon is a karaoke singer himself.

“It’s true karaoke is a popular activity but the singers must be very patient. Each song takes about five minutes. So in one hour, only 12 have the chance to sing.

“Sometimes, members cannot wait that long. Other times, people want to sing two or three songs in a row, then go off. So what the singers are doing is very fair. They queue for their songs and, while awaiting their turns, play snooker, chat online, or have beer with friends.

“The atmosphere is congenial, warm and merry. This makes the Club a happy place to be in,” he explained.

My Way – his favourite

Lu who has been singing since his schooldays, can belt out Chinese and English songs. According to the members, his favourite is Frank Sinatra’s My Way.

The Teresa Teng of the group is Yii Fong Sing. Pretty and charming, she enjoys the company of all the karaoke singers.

A member said the GCM karaoke fraternity had helped nurtured many budding singers. Lately, the Club also organised a get-together with the seniors from the karaoke group.

One member said: “New members must come to join us in the singing. Non-singers can start at zero and as they gain confidence, they can learn to sing like a nightingale.

“The group has a good teacher in Ken Yap who has conducted many karaoke workshops. Who knows, you may gain plenty of experience and learn a lot by singing here”

A retired lecturer chimed in: “We used to meet as a group at the GCM in the old days. We liked the social and intellectual recreation. There were books to borrow, darts to play and our favourite drinks to enjoy.

“The singletons came and found a match. All things were jolly and merry. We had some good 10 years in Miri. Good memories. The Club should continue but with a new concept. It’s sitting on prime land.”

A former member added: “I particularly liked the food in the 1990’s. We had Italian Night and Indian Night with all those interesting and delectable dishes.

“In those days, there were not many hotels serving good food. So the GCM was the ‘happening place.’ After we left the Club in the new millennium on my retirement, we didn’t socialise much.

“Our children had the chance to mingle with children from different ethnic groups. The exposure helped build their character and give them a very cosmopolitan attitude.

“Most open-minded kids tend to become better leaders and get promoted in their jobs. I must say, it’s a pity people don’t know how to enjoy the facilities at the Club.” 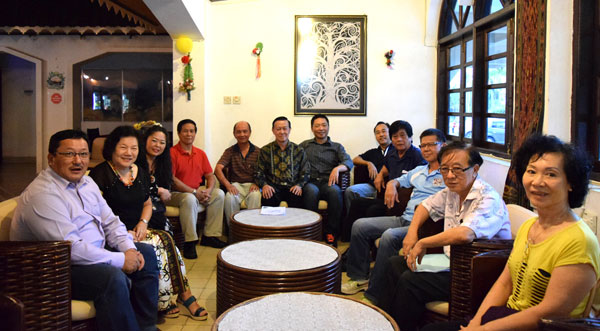 Some of the karaoke group members.