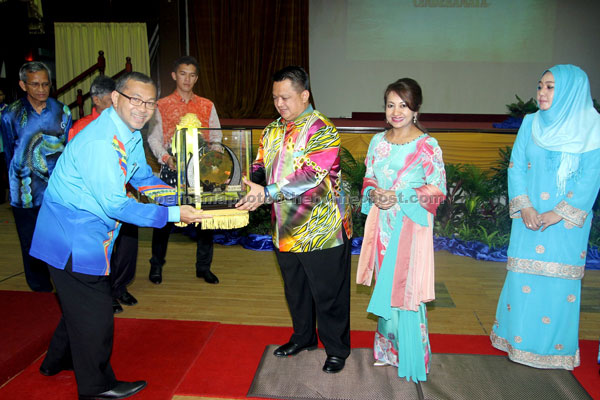 KANGAR: Employers should put the nation’s interests above theirs and allow their employees to join the Territorial Army (Askar Wataniah), said the Raja Muda of Perlis Tuanku Syed Faizuddin Putra Jamalullail.

He said the reluctance of these employers was one of the main factors why Askar Wataniah (AW) members were not joining activities or training sessions.

“I hope heads of government departments and agencies give their full support to their staff to join the AW Regiment and help to increase its membership.

Tuanku Syed Faizuddin, who is also the Commander of the AW’s 504 Regiment based at the Bukit Keteri Camp, was speaking at a ceremony where Perlis Menteri Besar Datuk Seri Azlan Man was commissioned as Honorary Brigadier-General of the AW at Dewan Warisan here on Monday night.

At the ceremony, State Secretary Romli Dai was also made Honorary Colonel. Tuanku Syed Faizuddin said the concept of ‘Hanruh’ or total defence could be effectively achieved with strong support of heads from departments and employers.

“The department head is the pace-setter and role model to the officers and members of AW. As such, you have to play the role of motivator so that AW members can carry out their responsibilities,” he said.

He added that the active involvement of the Menteri Besar and the State Secretary would elevate the 504 Regiment and attract the attention of more youths, thus achieving its targets, roles and mission.