Monday, December 5
You are at:Home»Business»Toll hikes for LDP, SPRINT positive and beneficial 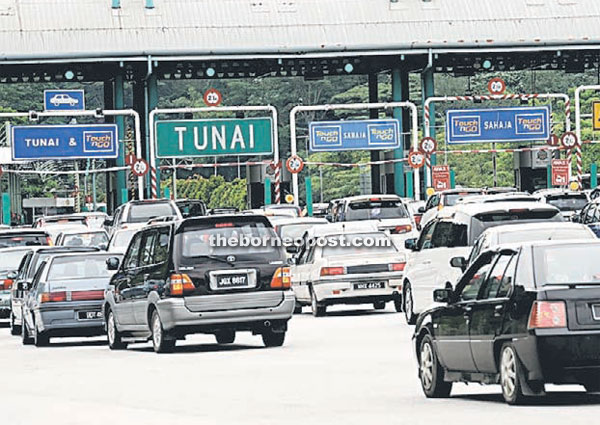 According to MIDF Research, highways under Litrak, i.e. LDP and SPRINT were among the recipients of the latest round of toll rate hikes announced on Monday.

According to the research arm of MIDF Amanah Investment Bank Bhd (MIDF Research), highways under Litrak, i.e. LDP and SPRINT were among the recipients of the latest round of toll rate hikes announced on Monday.

MIDF Research noted that published rates payable by motorists for the LDP toll (Class 1) will increase by 31 per cent (50 sen) from RM1.60 to RM2.10 while SPRINT will see an average 72 per cent (RM1) increase for its three tolls.

“For LDP highway, the revenue received by Litrak is unchanged as it will only reduce the compensation paid by the government to Litrak by RM90 million.

“Note that while motorists previously paid RM1.60, the rate that took effect since 2007 per the concession agreement is RM2.10 where the 50 sen difference was borne by the Government.

“Positively, Litrak will now receive the full amount upfront in cash instead of applying and going through lengthy audits for the compensation payment,” the research arm said. The next scheduled hike is slated for 2016 which MIDF Research reckoned would be 30 to 50 per cent and likely subsidised by the government seeing that their toll subsidy bill will reduce dramatically following Monday’s announcement.

The research arm has imputed this into its earnings forecast previously.

MIDF Research noted that the increase for SPRINT highway will contribute positively to SPRINT earnings as some of the increase is expected to flow directly to the company.

“SPRINT highway had only recently (starting 2015) saw an average 21 per cent hike which was subsidised by the Government.

“The latest round of toll rate hikes will see a further 43 per cent average increase.

“This means that published rates for motorists will go up by an average of 72 per cent (RM1) since end-2014,” it said

The research arm had not expected such a large increase and thus, revised its earnings contribution forecast upwards for SPRINT highway by 21.5 per cent for financial year 2016 (FY16) and 43 per cent for FY17.

Since MIDF Research reiterated its ‘buy’ call on Litrak on August 28, 2015, the stock has appreciated 14 per cent (including interim dividend of 15 sen).

The research arm increased the target price to RM5.84 per share as it revised upward its earnings forecast.

The research arm’s target price was based on discounted cash flow (DCF) assuming beta of 0.6-fold and weighted average cost of capital (WACC) of 6.15 per cent.