Thursday, February 2
You are at:Home»News»Sarawak»Two women shaken as car lands in ditch
For the freshest news, join The Borneo Post's Telegram Channel and The Borneo Post on Newswav. 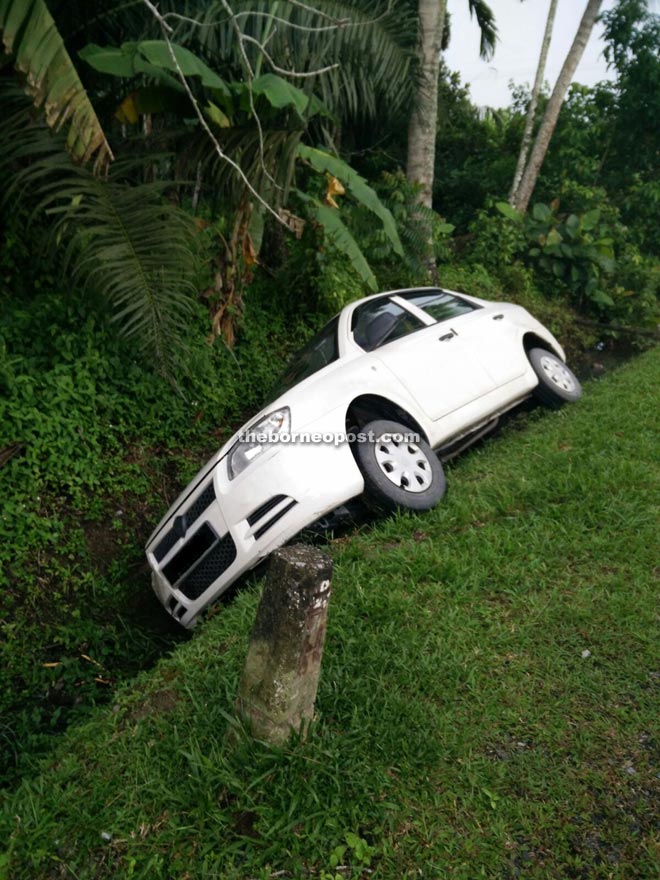 The car in a ditch after veering off the road near Kampung Pujut Padang Kerbau.

MIRI: A 26-year-old dentist and her mother were lucky to escape unhurt when the car they were travelling in landed in a ditch near Kampung Pujut Padang Kerbau at about 4pm on Sunday.

The motorist said she and her mother were on their way home from Taman Tunku when she suddenly lost control of the Proton Saga.

After losing control of the vehicle, the car went off the road before ending up in a ditch. Both managed to climb out of the car unhurt.