Saturday, June 19
You are at:Home»Sports»CM revs up momentum for 2016 S’wak Sukma

Adenan presenting awards to Sandra and a Paralympic official while (from third left) Abdul Karim, Lee and Mawan look on. 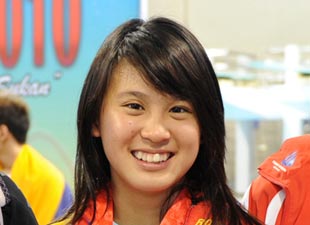 MIRI: Chief Minister Datuk Patinggi Tan Sri Adenan Satem is confident that Sarawak, as 2016 Sukma host, will bring back the glory days of 1990,1992 and 1994.

“Back in the 90s, Sarawak has been the overall champion in Sukma for three consecutive years and next year, Sukma XVIII, the glory will be achieved again,” he said at the State Sports Awards 2013/2014 and the launching of Sukma Sarawak 2016 promotion at Meritz Hotel here on Tuesday evening.

He assured that the state will prove to be the best host for the Sukma series and called on state athletes to do Sarawak proud.

“Do it well and do it with style,” he stressed.

Social Development Minister Tan Sri William Mawan Ikom told the media that the state government has allocated a budget of no less than RM300 million to host next year’s Sukma. 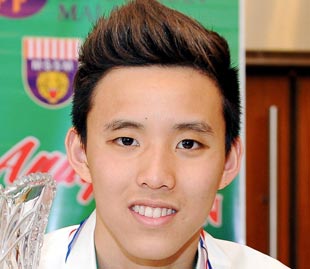 Another five selective sports including petanque, boxing, volleyball and golf will also be competed. Most of the events will be held in Kuching and Samarahan with karate and yachting hosted by Miri and badminton and volleyball held in Sibu.