Friday, September 30
You are at:Home»News»Sarawak»Another metal barrier in Murum knocked down 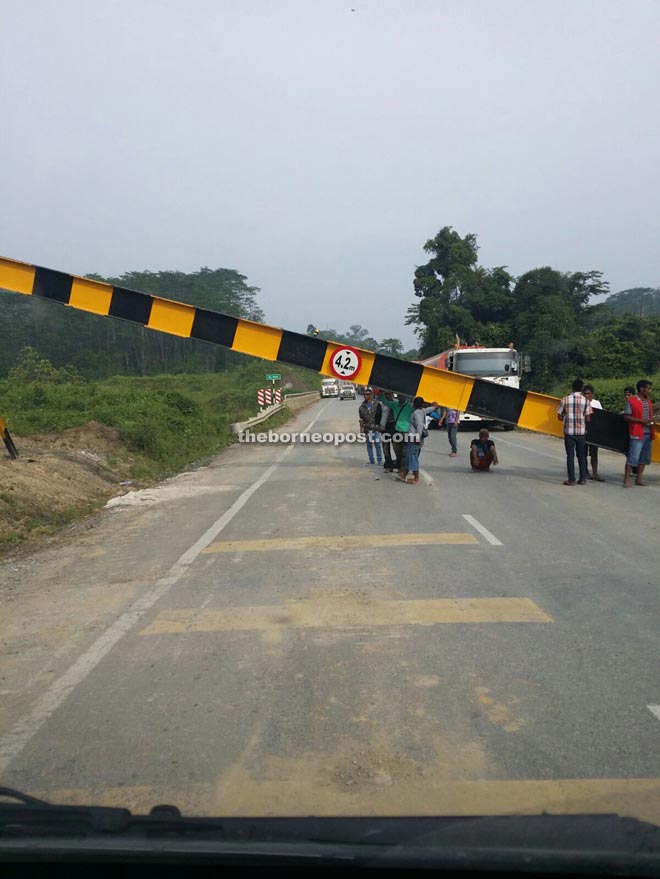 Metal road barrier along Murum Road which was newly installed, knocked down by either a bulldozer or a tractor yesterday. 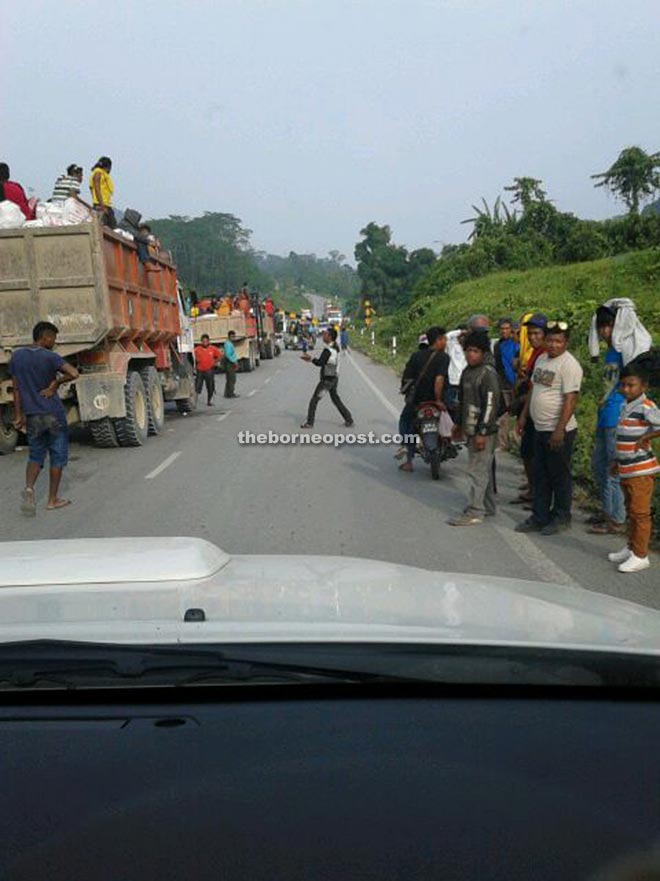 Locals losing their temper over the latest act of lawlessness which caused an unusual jam along Murum Road yesterday.

KUCHING: Timber truck drivers plying the newly completed Murum Road continue to defy the law by knocking down another height limiting barrier built to stop them using the road yesterday.

This latest blatant disregard of the authorities has infuriated the people of Murum and Sg Asap Resettlement schemes who are now turning to Chief Minister Datuk Patinggi Tan Sri Adenan Satem to take immediate steps to stop the lawlessness of truck drivers.

The road which was meant for locals has been used by the overloaded lorries carrying mostly logs and fresh fruit bunches which damage the road.

Local leaders who have been supplying photos to The Borneo Post refused to comment on the latest acts of lawlessness along Murun Road as they have referred the case to the chief minister for further action.

When contacted PBB Belaga Youth chief Henry Killah Talek said the locals are fed up with the lawlessness in their area and appeal to the relevant authorities including the chief minister to address the issue for the safety of our people.

They believed the culprits could have used a bulldozer or tractor to ram and knock the barriers down as they were too sturdy to be knocked down by trucks.

The collapsed metal barrier has caused a jam along the road and tempers flared among locals caught in the jam.