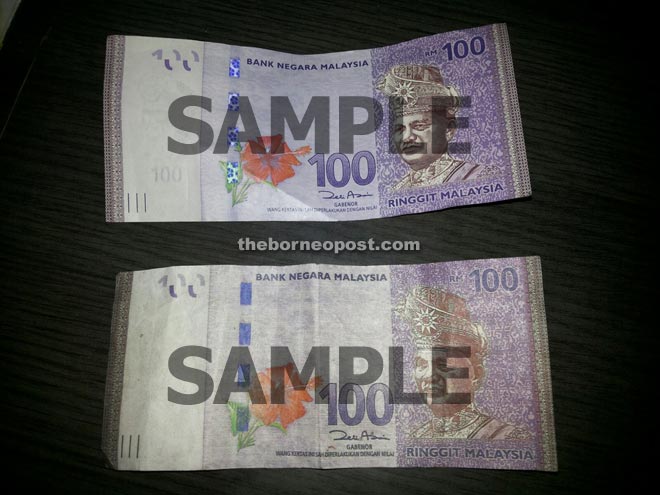 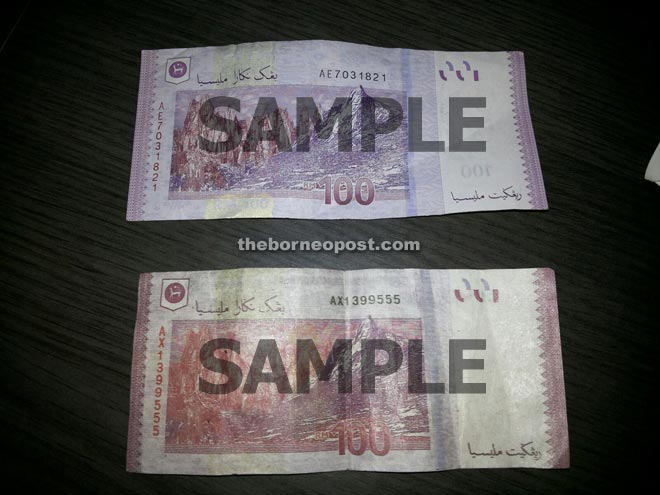 Comparing the genuine note (above) with the fake one.

KUCHING: A regular customer of a coffee shop in Stutong was in disbelief when he discovered his RM100 note was a fake when wanting to pay for his food.

According to the customer, who only wanted to be known as Chin, he bought some fast food from the coffee shop and took out RM100 to pay for the food, but was told by the cashier that the money was a fake after scanning it.

He said he never expected the note was a fake because it looked very much like the real thing.

“I was surprised and very concerned at the same time because fake notes could be going around and people are not aware of possessing them.

“I cannot remember where and how I got the fake note into my possession but it is a loss for me because I can buy a few things with RM100,” said Chin yesterday, who is in his 40s and working in the private sector.

Upon closer examination, he said there were some differences between a genuine and a fake RM100, adding the colour of the fake note was a bit lighter and the paper felt slightly smoother and thinner.

He hoped to share this experience with friends and advise them to check the notes they receive carefully before accepting them.