Monday, August 15
You are at:Home»News»Sarawak»Probe papers on Daud given to HQ, says MACC state chief 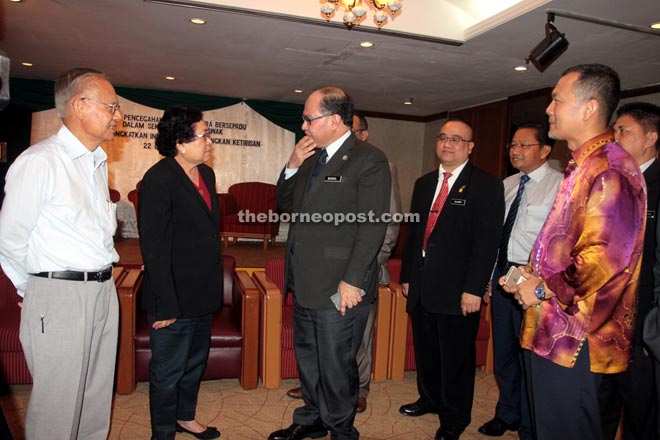 KUCHING: The investigation papers on the corruption allegation against Assistant Minister in the Chief Minister’s Office (Islamic Affairs) Datuk Daud Abdul Rahman have been passed to the Malaysian Anti Corruption Commission (MACC) headquarters in Kuala Lumpur.

“It is already at the headquarters level,” he told reporters after closing a forum on prevention of corruption at an integrated level in the political sector held at Grand Margherita Hotel here.

He also could not reveal when the investigation papers were handed to the headquarters.

When asked if they were handed over last month, he said: “Maybe last month.”

MACC froze RM4 million in several of Daud’s bank accounts around middle of this year.

On May 13, MACC issued a press statement regarding the investigation on alleged corruption and abuse of power involving the construction of Baitul Makmur II, a 16-storey building worth RM250 million .

Daud broke his silence on the MACC investigation on him when he told the media on June 13 that he had fully cooperated with MACC but was disappointed because publicity was given before the investigation was completed.

Daud had also said his reputation would remain intact if the MACC investigation did not find any misconduct.

On the forum yesterday, Badrul said it was one of their anti-corruption efforts to get support from all levels of society.

“The theme for this year is ‘Merakyatkan SPRM’, so we are canvassing for support from all levels of society, from political parties, Parti Pesaka Bumiputera Bersatu (PBB), private sector and government sector.

“We also had engagement session with the Democratic Action Party (DAP) in April this year,” he said.

He said it was part and parcel of the commission to get support from the society to create a culture of ‘zero tolerance’ towards corruption in the state and the country’s administration system.