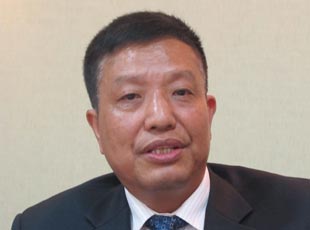 KUCHING: Direct flight connectivity between Kuching to Guangzhou and Shenzhen is the first step to increase the number of mainland Chinese tourists visiting Sarawak.

Consul-General of The People’s Republic of China in Kuching Liu Quan believed that direct flight connectivity between cities in China and Sarawak would boost the number of mainland Chinese tourists visiting the state in the long run.

To be pragmatic, he however, suggested that the effort might start with connecting Sarawak directly to the two main cities of Guangzhou and Shenzhen.

“Tourism is now very popular among the Chinese. There are so many cities in China. Out of the many cities, it is in my opinion that Sarawak should connect directly with Guangzhou and Shenzhen.

“This is because there are many rich, young entrepreneurs in these two metropolitan cities.

“And these entrepreneurs prefer to go on trips where they can do jungle trekking and other relaxing activities. And Sarawak which offers eco-tourism or CAN (culture, adventure and nature) tourism could appeal to them. Trekking in places like Santubong and Mulu would be the kind of activities that they like,” said Liu recently when making a working visit to The Borneo Post here.

Apart from direct flight connectivity, Liu said Sarawak could also start to promote tourism in the provinces which have already established relationships with Sarawak.

“Since I started as consul-general here, I have seen two Letters of Intent signed, one between Yunnan and Sarawak and the other between Fujian and Sarawak. There is friendship city status established between Kuching South City Council (MBKS) with Quanzhou and Kuching North City Council (DBKU) with Dali.

“Sarawak can start its tourism promotion in these two cities Quanzhou and Dali first since a good relationship has been built,” suggested Liu.

Citing the last trip made by Tourism Minister Datuk Amar Abang Johari Tun Openg, he said the state government has been doing a lot of promotion in China to attract Chinese tourists to come to Sarawak.

As Sarawak already has the prerequisite of having an array of food variety, it would be easy for Sarawak to attract these tourists.

“Another activity that may attract (mainland) Chinese is golf. With the golf course(s) in Sarawak and the fresh air, I believe Sarawak as a whole can be an attraction to our tourists,” said Liu.

Liu however, said if Sarawak hoped to attract more (mainland) Chinese tourists, the state would have to prepare for the coming of these tourists by building more hotels and other entertainment facilities.

“When our tourists come, they want to enjoy life. They want good hotels, clean food and other conveniences. There were already cases in other countries where these countries failed to cater to the needs of our tourists when they arrived because the number was just too huge,” said Liu.