Friday, July 10
You are at:Home»News»Sarawak»Domestic tourism gets boost from Tourism Malaysia 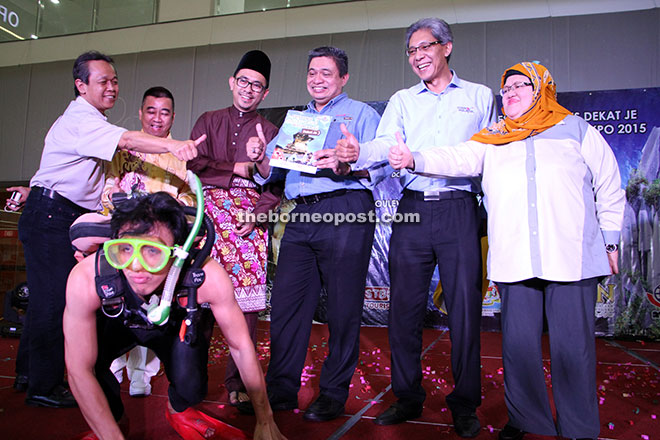 KUCHING: Tourism Malaysia is going all out to promote domestic tourism, particularly Sarawak’s, by introducing travel packages leading to the year-end school holidays.

This tourism campaign, in collaboration with the Sarawak Tourism Board (STB), features 50 packages by 16 travel agencies that are divided into several segments such as adventure and nature, city tour, culture and heritage, cycling and bike ride, sports tourism, ‘voluntourism’, edu-tourism, birding, golfing, angling and diving.

“According to the annual studies of domestic tourism by the Department of Statistics Malaysia, Sarawakians themselves are major suppliers and contributors to domestic tourism here. Other states that contribute to tourist arrivals in Sarawak are visitors from Kuala Lumpur, Sabah, Selangor, Kedah and Johor.

“Sarawak, being the largest state in Malaysia, is blessed with a rich diversity of tourism products that can lead to the development of many innovative and unique packages to suit every budget, interest, market and requirement,” said Tourism Malaysia Domestic Promotion director Iskandar Mirza Mohd Yusof when officiating at the launch of this tourism campaign.

Iskandar added that the 4.8 million visitor arrivals in the state last year comprised of 1.8 million domestic visitors and three million international visitors. Tourism receipt in 2014 came up to RM10.686 billion and the top three international source markets for Sarawak were Brunei, Indonesia and the Philippines.

As of August this year, the state received a total of 3.1 million visitors comprising of 57 per cent domestic and 43 per cent international visitors. Although this marked a decline of 0.7 per cent, he mentioned that domestic tourist arrivals here have increased due to the ‘Dekat Je’ campaign since its launch in June.

With the winter holidays kicking in and a few major tourism events and Malaysia’s year-end sale season, he is confident the state would be able to attract five million visitors by year end.

“We hope that the private sectors involved in tourism will continue to push the boundaries of tourism development to promote Sarawak in a fresh, new way,” he continued.

At a press conference, Iskandar said the campaign aimed to promote attractive tourism packages and destinations for Malaysians travelling within the country and Sarawak in particular.

“With the depreciating value of the ringgit where it is getting more expensive to travel abroad, we are encouraging domestic tourism. The launch of this campaign in Sarawak is timely considering the upcoming school holidays and festive seasons up to March next year. This presents a ‘quick win’ initiative for us to attract domestic tourism in the country,” he said.

Meanwhile, Benedict noted that the last few months recorded one of the best numbers in domestic arrivals in the state, although figures of arrivals from long haul flights marked a decline.

According to the statistics department, the whole country recorded 60.7 million in domestic arrivals last year, marking a growth of 11.6 per cent.

The department also expects an increase of five per cent this year.

The launch of the tourism campaign at Boulevard Shopping Mall yesterday is in conjunction with the three-day Sarawak Mini Dive Expo 2015 which ends tomorrow.

The expo, showcasing diving packages, equipment, merchandise and diving courses aims to promote the state as a potential dive destination.