Monday, April 6
You are at:Home»News»Sarawak»Guided childcare at home to be a norm by 2020 in Sarawak 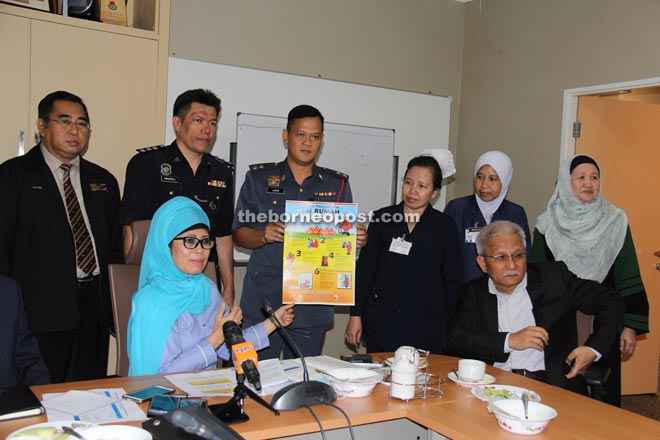 Fatimah (seated, left) says a guidebook dedicated for child caretakers is expected to be out by this year’s end.

KUCHING: It is estimated that 85 per cent, or 139,400, of children aged four and below in Sarawak will receive guided childcare at home by 2020.

“By 2020, those aged between four and six years old would still go for early childhood education at registered institutions,” she said during a press conference here yesterday.

According to statistics from the ministry, there are 246 pre-schools across the state that have or in the process of being registered with it so far.

“These centres put 4,342 children under the charge of 899 caretakers,” Fatimah said.

In addition, the minister also said a guidebook dedicated for caretakers should be out for publication by the end of this year. Adding on, she stressed the importance of any caretaker to have proper guidelines and receive quality guidance on childcare.

“In Malaysia, it is common to see people sending their children to their parents or grandparents because it is hard for them to trust non-relatives to look after them (children). There’s nothing wrong with this, but the parents should not rely too much on it. They should also be responsible for their children. It’s all about smart parenting.

“In developed countries like USA, on the other hand, parents outsource professional services to help raise their children. Some even get professionals to make their homes safe for children,” she said.

On caretakers, Fatimah said they were the young children’s first teachers, apart from the parents.

“The interaction between a child and the caretaker affects the child’s social and emotion development.”

Meanwhile, Fatimah said a project on exposing parents to home nursing and education would be conducted in
Kampung Mongkos, Serian this Nov 21.

“Our mobile Taska (Nursery) Unit will also be launched this month, aiming to educate parents on the correct methods in home nursing,” she said.