Saturday, September 26
You are at:Home»News»Nation»Health Ministry sets up special committee on E-cigarette 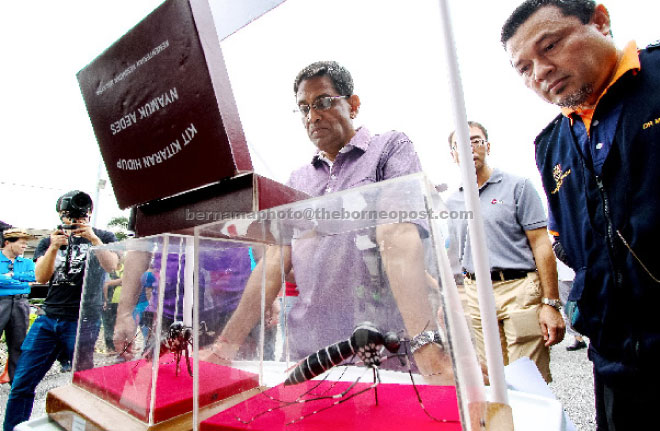 “It is chaired by the director-general of Health Datuk Dr Noor Hisham Abdullah and has representatives from, among others, the Disease Control Division and General Health Division,” he said.

He spoke to reporters after launching the national-level mega community self-help (gotong royong) exercise against the Aedes mosquito here yesterday.

Dr Subramaniam said from now any statement on e-cigarette would be issued by the special committee and he would not answer any question on the issue.

Meanwhile, Dr Noor Hisham said the committee would hold a meeting today before engaging with stakeholders.

It would look into all aspects, including issues involving vape sellers.

On a suggestion that only pharmacists sell the liquid nicotine for vape, he said it was against health ethics.

“This is about health. Our responsibility is to ensure that public health is not affected, so how can we sell items that can affect the health,” he said.

The ministry had conducted raids on Thursday and confiscated vape liquid containing nicotine under the Poisons Act 1952 (Revision 1989) and Food Act 1983.

Nicotine is categorised as a Group C poison under the act and those manufacturing, distributing and selling it need to be licensed.

Dr Noor Hisham denied that the confiscations were due to pressure from the tobacco companies.

“Our issue is not the vaping but the poison, the ingredient. Our concern is safety, it has long-term health implications … if it is not under our act, then who?” he asked. — Bernama