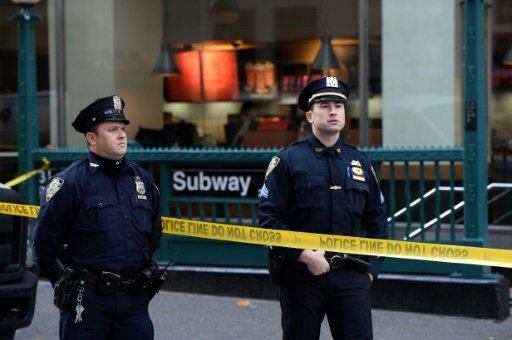 NEW YORK:  One man was killed and two other people wounded Monday in a shooting in a subway stop near New York’s Penn Station, authorities said.

The shooter had apparently had words briefly while with the three victims as they sat in a McDonald’s restaurant. He followed them into the subway at 35th St. and 8th avenue.

Police say he fired as they walked down the stairs into the metro station.

“One individual was shot one time in the head, and he was pronounced dead at the scene,” chief police investor Robert Boyce told a press conference.

The man who died was 43, while the others were 45 and 48. The former was shot in the abdomen and the elbow, and the second was shot in the thigh. Both were hospitalized.

Police said they are looking for the shooter, who was wearing a black sweat shirt with a hood, and two men that he fled with in a car.

Boyce said the shooting took place in an area with no security cameras, hampering the police probe. -AFP