Monday, February 17
You are at:Home»News»Nation»Tackle under-the-table corruption before it worsens — Dr Mahathir 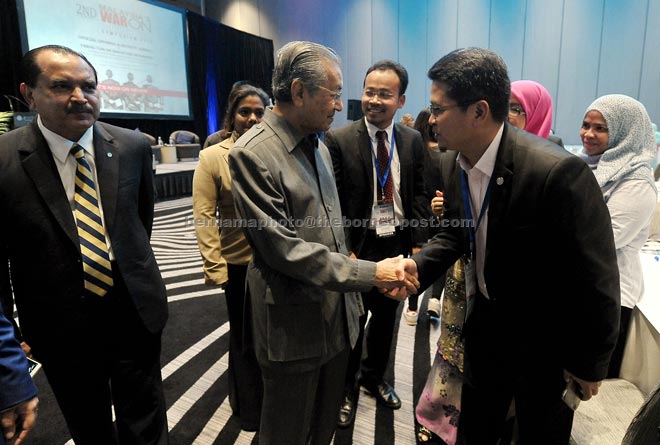 Dr Mahathir said, as a person who led the country for many years, he found from his own analysis that there were two stages of corruption.

He said under-the-table corruption occurred when a corrupt official knew that it was wrong and a crime to commit such an act, thus he committed it in private without others knowing about it.

“If this is not corrected, above-the-table corruption will take place where it becomes a fact of life, something that happens and you accept it.

“When this situation happens, corruption will become even greater because everybody along the line will be getting his share of the bribe.

“At this stage, it will become difficult (to curb), especially if the top persons are also receiving…from presidents, prime
ministers and ministers. Everybody is receiving and there is no one to say you are doing something wrong or illegal,” he said.

Dr Mahathir said, the possible way to detect corruption at the highest level was to look at the person’s lifestyle.

“A lavish lifestyle, such as owning many luxurious cars…someone who is corrupt would not be able to resist spending the money and it’s physical and can be seen,” he said.

However, he added, such display of a lavish lifestyle would not be sufficient evidence in court.

“The court wants to see people coming forward and say, ‘he took money from me’,” he said. — Bernama