Monday, September 26
You are at:Home»BPOnline»Sarawak takes a step forward

CM declares offi cial correspondence can be in English, besides BM for state to move forward 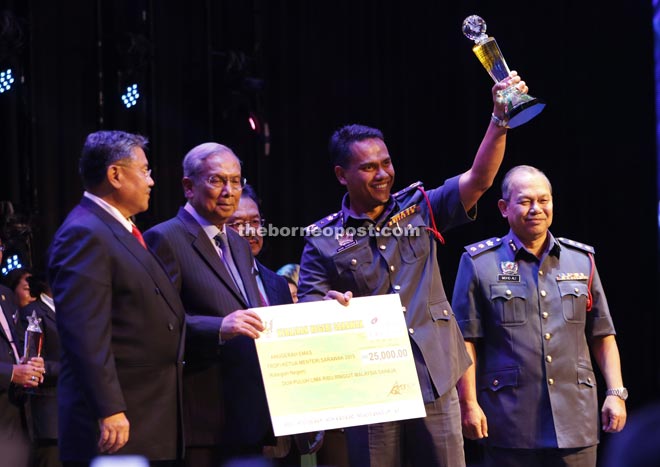 KUCHING: Correspondence and communication between the general public and state government bodies can now be conducted in English, apart from Bahasa Malaysia.

The event, held in conjunction with the presentation of the Chief Minister’s Award— a recognition under the ambit of the State Civil Service Quality Award—was at t ende d by about 7,50 0 civi l servants, including State Secretary Tan Sri Datuk Amar Mohamad Morshidi Ghani and State Federal Secretary Datuk Mohd Yahaya Basimin.

Adenan mentioned that the nod to use English to correspond with the state government was a new policy, which added to the 45 actions and principles he had implemented since becoming chief minister on Feb 28 last year.

On the need to promote English proficiency, he said it was of growing importance in this modern technology era.

He added that the whole world was adopting English amid increasing globalisation and vast expansion in the science and technical fi elds.

The quality of the nation’s huma n c api t a l wou l d b e affected if emphasis on English remained a non-priority, he cautioned.

“My strong stand on English has i r ritated some of the so-cal led national ists, who have accused me of being antinationalistic and anti-patriotic.

Advocating English has nothing to do with nationalism and patriotism. It i s just being realistic.

“English is no longer the language of the Anglo-Saxons.

It is a universal language as well as the language of technical communication, science and technology. Do you know how many graduates are unemployed because they cannot speak English?”

Citing a newspaper report, he said it was saddening that more than 1,000 doctors in the country gave up their medical career because of poor command of English.

Equally sad, he added, was the unemployment of thousands of graduates in Malaysia due to their inability to speak and write decent English.

“So, I am just being realistic here. We don’t want our graduates to be unemployable. Our civil service also needs to converse in English.”