Wednesday, August 17
You are at:Home»News»Sarawak»Power from dams gives a big advantage 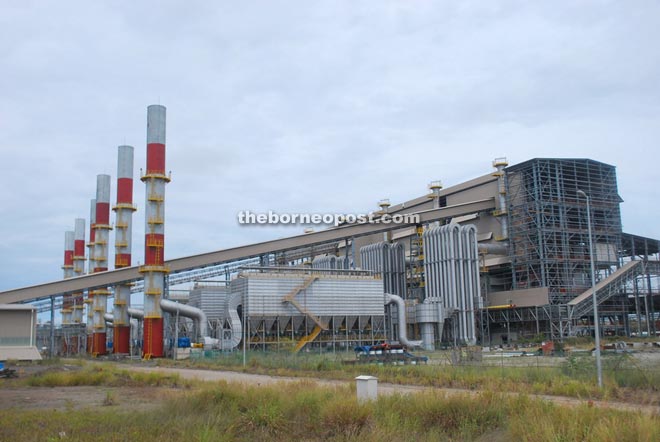 Pertama’s smelting complex is projected to have its first stream of production on February 2016. 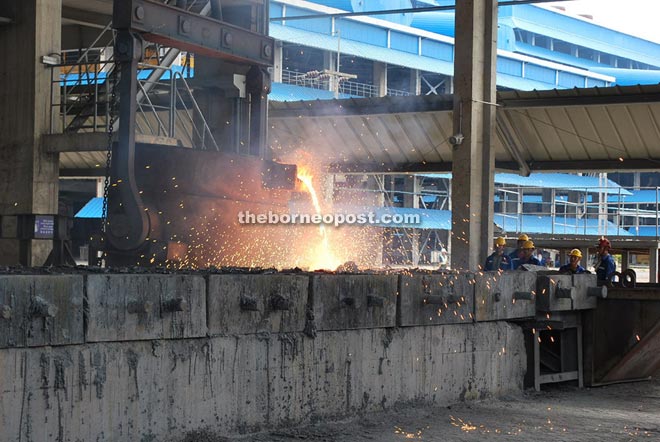 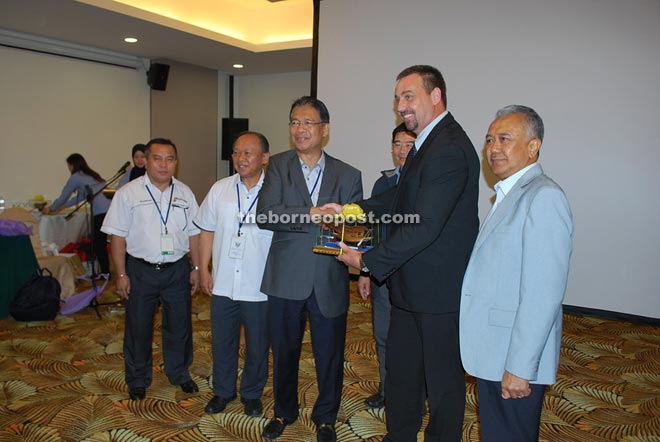 Talling (second right) receives a souvenir from Julaihi for his briefing on project implementation and employment opportunities.

“We know we have the power supply from Bakun and Murum dams for 20 years and that is the big advantage in this competitive world,” he told reporters when asked why the company has decided to invest in Sarawak Corridor of Renewable Energy (SCORE).

The world, he said, was currently facing rising cost of power supply and it would be an advantage for heavy industry players, in particular, to utilise sustainable energy sources.

Pertama Ferroalloys sited at a 180ha land with total investment of US$360 million is among six foreign companies that have set up their plants at SIP. Its first production is expected to come on stream in February next year. The plant will produce manganese ferroalloy, silicon ferroalloy and silica fume of up to 240,000 tonnes per annum.

He added that trust-building was the key factor that prompted them to invest at SIP and the government responded well to the needs of investors, and it was easy to negotiate with the state government.

“The whole idea of SCORE is using renewable energy, so I guess it is a great vision by the state government.

“We are also progressing well because we receive good support from a very stable state government. We have been progressing very quickly since the last few years and support from the various departments is also there,” he said.

In addition, the location of SIP was ideal and basically Press Metal’s products were for growth regions like South East Asia, Japan and Korea, he said.

He said SIP offered attractive packages with its renewable energy which would make the company more competitive.

Meanwhile, State Planning Unit deputy director Buckland Bangik earlier said in his briefing that SIP had an area of more than 8,000ha, one of the biggest industrial parks in the country and a centre for heavy and energy-intensive industries.

He said SIP was being developed with industrial infrastructure including a dedicated port and a new township which would be transformed into an industrialised innovation township by 2030.

”The industrial transformation and repositioning of SIP will progress over five key areas, each building on the previous to leverage success, enhance synergies and unlock future potential.

Buckland said SIP was being developed through a steady inflow of Foreign Direct Investments (FDIs) to achieve Sarawak’s objective of attaining a high income and advanced economy through industrialisation.

On Monday, a media group led by Assistant Minister of Industrial Development (Investment and Promotion) Datuk Julaihi Narawi made a visit to SIP to get the latest update on the project implementation there.