Monday, August 15
You are at:Home»News»Sarawak»Sarawak to recognise English as official language besides Bahasa Malaysia 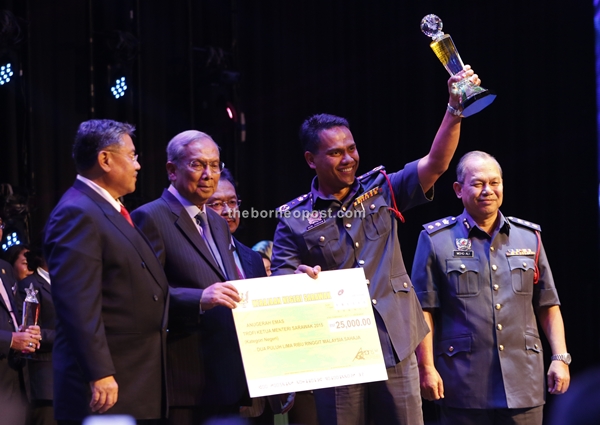 KUCHING: Correspondence and communications between public and government agencies in the state can now be conducted in English, apart from Bahasa Malaysia.

Chief Minister Datuk Patinggi Tan Sri Adenan Satem is introducing this policy as a way to improve English proficiency among civil servants while promoting the learning and command of the language among students and university graduates.

He added that the use of English was also welcome for correspondences between government agencies.

Citing a newspaper report which mentioned that more than 1,000 doctors in Malaysia who had completed their studies gave up their medical careers because of poor command of English, Adenan found the situation as saddening.

Equally sad, he added, was the unemployment of thousands of graduates in Malaysia who cannot find proper jobs due to their inability to speak and write decent English.

“So I am just being realistic here. We don’t want our graduates to be unemployable. Our civil service also needs to converse in English,” he continued.

Adenan mentioned that recognising English as a language to correspond with the state government is a new policy adding to the 45 actions and principles he had implemented since becoming chief minister for almost two years.

Previous ArticleApplications for transfer of teachers from Sarawak given priority from January 1: Kamalanathan
Next Article Sarawak takes a step forward