Saturday, August 13
You are at:Home»News»Sarawak»UPSR top scorers not obsessed with Internet, computer or mobile games 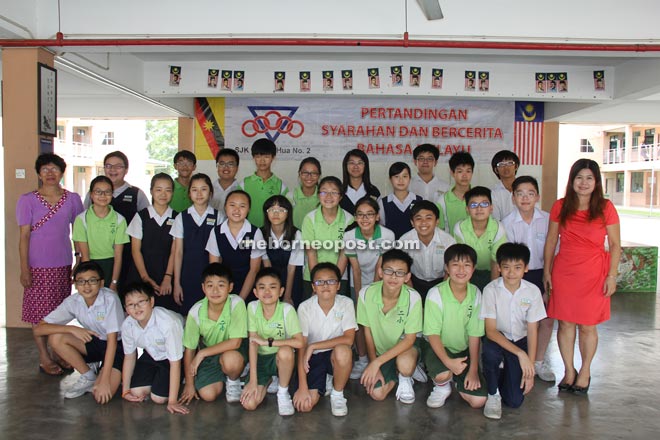 KUCHING: The three top achievers of Chung Hua Primary School No.2 shared that they did not spend much time surfing the Internet, playing computer games or mobile games.

Alister Lee Joseph Tiyam, a UPSR 7A scorer proved that a Dayak-Chinese attending a Chinese primary school is capable of excelling in all subjects.

He said Chung Hua Primary School No.2 was the right school for him.

“I did not study too hard everyday but I completed my homework and paid attention in class.

“Before the UPSR examination, my tuition teachers gave me extra exercises. I felt prepared to sit for the examination,” Lee said.

The elder of two siblings in the family said he did a lot of studying on his own and attended tuition as his parents were both busy working.

His father is a secondary school teacher and his mother works with a bank.

He admitted that the Chinese subject was very challenging to him so he did not expect an A for it. Getting straight As was a big surprise to him and he is expecting to receive his first mobile phone from his parents.

Another straight-A scorer, Sim Qiao Xin thanked her mother for the sacrifices she made.

“My mother was a former teacher and she quit her job when I was three years old. She stays at home to look after me and my four-year-old brother and to teach us at home. I did not go for tuition,” she said.

Her father brought her to the library since she was young and she has cultivated the reading habit.

She agrees with Lee about the Chinese subject being difficult.

“Chinese Writing was not easy. I had a tough time because of poor time management,” said Sim who wants to be a pharmacist.

Chong Jia Chern, also a 7A scorer was surprised to score 7As. He is excited about travelling to Singapore as a reward from his parents.

Chong’s secret to success was regular revision and exercises. Both his parents are engineers.

Chong understood that they were busy but grateful that his mother made time on weekends to guide him in studies.

With an interest in Mathematics and Science, Chong wants to be a doctor or scientist.

She said the school would figure out some strategies to improve the Bahasa Malaysia results.

She said Chinese subject could be too difficult for Primary 6 pupils.

Nevertheless, the pass rate for Chinese comprehension is 86.70 per cent and Chinese Writing, 79.30 per cent.

It has fifteen 6A scorers and eighteen 5A scorers out of the 203 candidates sitting for the UPSR this year.