Tuesday, August 3
You are at:Home»News»Sabah»Mission to set new world record of most sighted birds 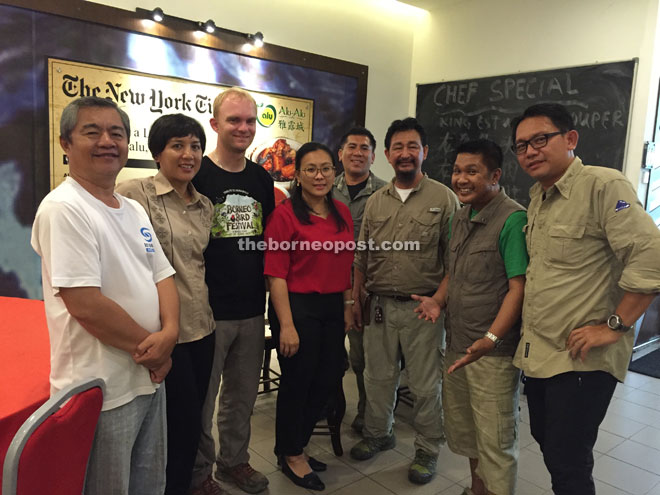 KOTA KINABALU: Noah Strycker is no ordinary birder. The writer for the blog ‘Birding Without Borders’ is on a ‘Big Year’ mission to set a new world record of most sighted birds in one year.

Big Year is a term used by the birding community to refer to their most eventful year in birding.

Birding interest for Strycker started as early as 10 years old as a young boy in Oregon, USA. Twenty years later, he has made a career out of his feathery friends and today, under Audubon, the leading bird conservation organization, this ‘bird nerd’ is inspiring many birders around the world on his Big Year mission.

Currently on his Asian leg, Strycker was invited by the Sandakan Borneo Bird Club to the Borneo Bird Festival last month to help him out on his mission. So far he has spotted more than 85 species, including endemic ones in just a span of five days in Sabah.

“There are about 10,000 bird species in the world. On day 322 in Sabah, I’ve spotted more than half of the species. I haven’t stopped traveling since January. I’ve gone home once, only because I was traveling across America,” said Strycker during a dinner hosted by Sabah Tourism on Sunday night.

Strycker has traveled to over 35 countries up to this month, spotting 5,294 species and counting. He has broken the world record by well over a thousand species. He plans to write a book on his findings next year.

“Despite an overabundance of terrorism, economic unrest, and Ebola, the world is not as scary or hostile as it might seem in the news. In the end there is only one way to find out how this story will play out: Just go for it!” he wrote on his blog about his travel.

“I’m planning to come back to Sabah next year and spend a longer time here. The only bird I didn’t manage to see was the Bornean Bristlehead!” referring to the most iconic bird of Borneo.