Tuesday, May 24
You are at:Home»News»Nation»Zahid: No change in seating arrangement at Umno assembly 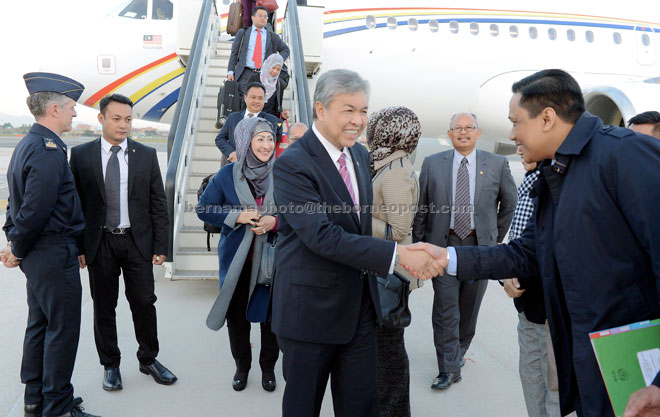 VALLETTA, (MALTA): There will be no change in the seating arrangement for current Umno deputy president Tan Sri Muhyiddin Yassin in the Umno General Assembly 2015 which starts on Dec 8.

Deputy Prime Minister Datuk Seri Dr Ahmad Zahid Hamidi said as in previous Umno general assemblies, the deputy president would be seated next to the president.

He said this after attending the closing ceremony of the CHOGM 2015 in Malta yesterday.

Meanwhile, he stressed that Umno is a dynamic party that respects the opinions of influential party stalwarts including former leaders on decisions made by the top leadership.

Nevertheless, he said, it was imperative for any move taken by the party leadership to be supported.

“There must be support for the party leadership at all levels, national, state, divisional and grassroot. What is important is cohesion because at the end of the day, it is all about strengthening Umno,” he said. — Bernama