Tuesday, September 27
You are at:Home»News»Sarawak»SWWS: Ensure justice in divorce cases in rural areas 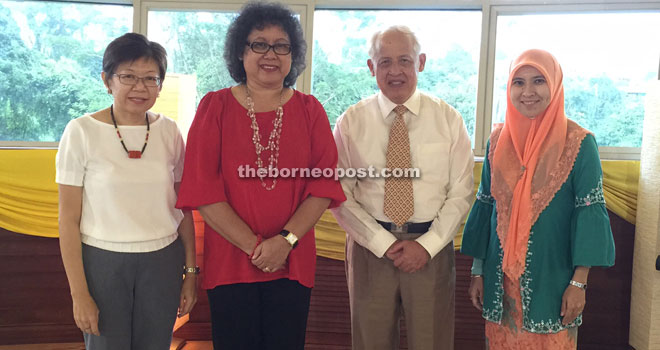 KUCHING: Sarawak Women for Women Society (SWWS) called on the government to ensure rural people are well served like urban folks, so they are not disadvantaged when it comes to enforcement of court orders pertaining to divorce.

This requires a review of the District Officer’s role and the resources including training to undertake it plus exploring other means of dispensing justice.

SWWS also called for the urgent extension of the Married Women and Children (Enforcement of Maintenance) Act 1968 (revised 1988) to Sarawak, and hoped Majlis Agama Islam would consider favourably a recent proposal that before a marriage can be registered in the Syariah Court all matters related to a previous marriage need to be resolved.

SWWS president Margaret Bedus believed there was much work to be done on prevention, reconciliation or fair dissolution of marriages.

“To reach across the state there needs to be concerted teamwork between government departments, community leaders and non-governmental organisations,” she said after a forum on ‘When Relationships Go Sour’ to highlight common problems and consider the changes needed.

SWWS said special attention had to be given to how to prevent teenage marriages starting when they are in school, and there is also need to address the school dropout problem to reduce it.

A law lecturer from Universiti Malaya, Dr Farah Nini Dusuki, who has researched child marriages, shared at the forum that Sarawak was among states in the country with the highest number of child marriages.

This she believed was caused by the high school dropout rate which led young teens to drift into marriage out of boredom. Their parents may have married young too – the pattern repeated for generations.

To break the cycle more has to be done to keep children in school. She was particularly worried about how young some of the mothers were with cases of girls under 14 giving birth.

Nillie noticed that it was rare for penghulus or district officers to query such early marriages when they were being registered.

He raised the difficulty women had in getting maintenance from their ex-husbands. Tracing the husband was difficult and he might agree to pay in court but after a couple of payments, default was common.

To chase him through the courts was expensive, especially for rural women. If he was caught and refused to pay, she was legally obliged to pay for his imprisonment as it was a civil, not criminal case.

In situations where one partner converted after marrying under the Adat, the stand of the Majlis was all matters relating to maintenance, child custody and division of assets should be settled under the law by which they were married.

In Sarawak, rural communities find civil courts difficult to access due to the cost and time to reach them.

Traditionally, district officers in Sarawak had helped resolve disputes but current officers say they are not trained, and do not have the time for these duties.

Some even advised people to seek out the Legal Aid Bureau to enforce court orders, but it’s not a realistic option as these services are based in major urban areas.

Members of the public with ideas are welcome to contact SWWS at sarswws@gmail.com before they publish the recommendations arising from the ‘Women Calling for Change’ series of forums.

Women who wish to discuss their relationship problems confidentially can call the Crisis Phone Line at 082-422660 during operation hours.