Monday, August 10
You are at:Home»Business»BizHive»The week at a glance 20 December 2015 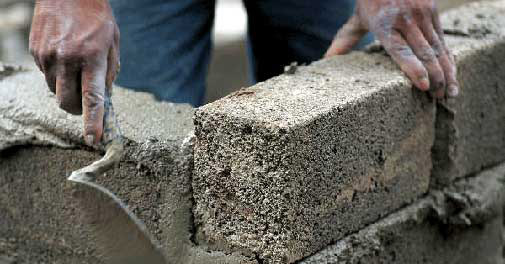 Cahya Mata Sarawak Bhd’s (CMS) move to increase its cement prices effective January 1, 2016 has been viewed by some as an understandable development. “We understand where CMS is coming from as some of our suppliers who rely on imports such as aluminium and sanitary wares supplier have also been hit by the depreciating ringgit,” director Peter Lau of Travilion Group told The Borneo Post.

Lloyd’s has approved homegrown reinsurance broker, Labuan-based AFR Asia Pacific Ltd (AFR), as its first registered broker in Malaysia. On Tuesday, Labuan international Business and Financial Centre (Labuan IBFC) said AFR has a track record of over 16 years. AFR’s approval was an excellent example of the level of success a born-and-bred Malaysian company could achieve.

Under Armour expands to Sarawak in line with consumer demand

International brand Under Armour has entered the Sarawakian market in line with the growing sports and active lifestyle here which has grown exponentially over the past couple of years. According to Triple Pte Ltd chief executive officer Michael Binger, this was thanks to Kuching’s great outdoor sports culture which has grown over the last few years as athletes and health enthusiasts here want to incorporate outdoor exercise into their lifestyles.

Researchers with MIDF Amanah Investment Bank Bhd (MIDf Research) expect crude palm oil (CPO) to breach the RM2,500 mark within the first quarter of 2016, following a weak ringgit and weakening competition from other oils. According to the firm, CPO price is predicted to surge above RM2,500 per metric tonne in 1Q16 as the CPO to soybean oil discount shrinks to US$100 per MT.

Commodities to have an edge under TPP

Malaysian commodities will have an edge over competitors, Indonesia and Thailand, under the Trans-Pacific Partnership Agreement (TPPA), said Minister of Plantations, Industries and Commodities, Datuk Amar Douglas Uggah Embas.

He said the TPPA would also give the nation an edge over tropical wood product producing countries that were not in the agreement.

Iskandar Malaysia, the main southern development corridor in Johor, recorded RM187.96 billion in total cumulative committed investments from 2006 until November 2015, according to the Iskandar Regional Development Authority (IRDA). Of the total amount, 50 per cent or RM93.39 billion represents investments that have been realised as projects on the ground, IRDA said in a statement issued after the members of IRDA meeting chaired by Prime Minister Datuk Seri Najib Tun Razak here.

Unabated growth in mobile applications and heavy usage in data traffic will present strong revenue opportunities for mobile operators, says Head of Ericsson Malaysia and Sri Lanka, Todd Ashton. Smartphone subscription in Malaysia is expected to grow by over 100 per cent in 2018 with the amount of data used monthly by each active smartphone increasing substantially. This will create opportunities for domestic operators over the years.

The Perbadanan Insurance Deposit Malaysia (PIDM) (Amendment) Bill 2015, to be tabled in the Dewan Negara soon, will soon include share transfer powers to address non-viable member institutions (MIs) promptly and effectively in the future. Specifically, share transfer powers will empower the corporation to compel the sale of shares by shareholders of a non-viable MI to a willing private sector buyer and subject to the requisite approval of the Finance Ministry.

The US Federal Reserve (Fed)’s announcement of a quarter point interest rate hike is expected to have minimal impact on the Malaysian economy as markets have been well prepared for the move. Earlier, worries loomed among market analysts that such a move would spell further derailment for Malaysia and regional economies.

Fitch maintains Malaysia’s rating at “a-” with stable outlook