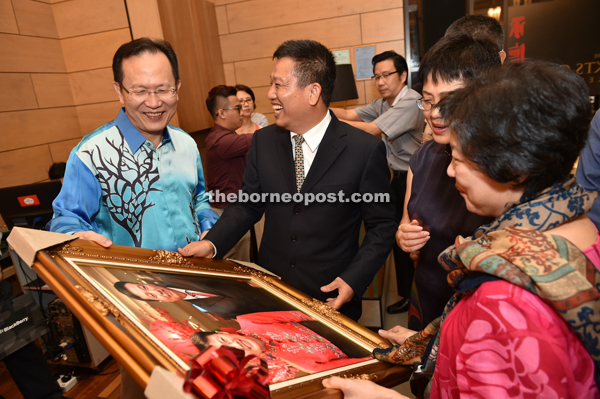 Thus, he encouraged local people especially those in the business sector and media practitioners to use the flight when the route kicks off on  April 1 next year.

“There are very limited direct flights to Kuching unlike Kota Kinabalu, Sabah. ‘Tidak cukup’ (not enough), we need more,” he said.

Liu and wife Sun Xia were at the farewell dinner hosted for them by KTS Group, The Borneo Post and See Hua Daily at KTS Garden here on Tuesday night.

“Hopefully with all the support from all stakeholders, the flight route can be sustained,” he quipped, and said he was speaking on behalf of Tourism Minister Datuk Amar Abang Johari Tun Openg.

He believed that visitors from China would like the state as it had so much to offer, from beautiful natural sceneries to the exciting array of food and the splendid festivals celebrated by the diverse community. 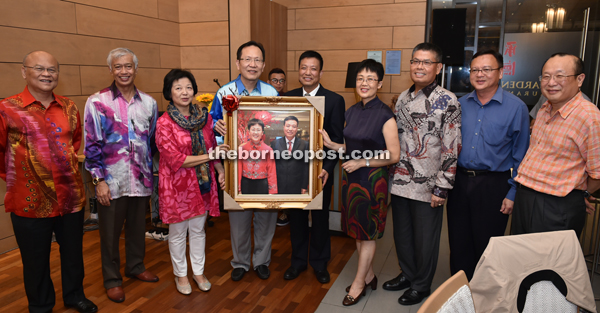 Liu shared that he was particularly impressed with the Kuching Food Festival so much that he visited it many times to grab laksa, kolo mee and all the popular local cuisine.

On inter-government relationship, he emphasised the importance of building close ties between one another such as the relationship Sarawak established with Yunnan and Fujian in China.

“Yunnan is a very popular tourism destination and popular for its agriculture and mining industries while   Fujian is a diverse province with many growing industries and the services sector,” he said.

“The partnership between Sarawak and these two provinces has provided a solid linkage that will hopefully prosper with more substantive exchanges in the near future,” he added.

Liu urged Chief Minister Datuk Patinggi Tan Sri Adenan Satem to lead and bring a bigger delegation from Sarawak to Yunnan, which was the first province to seal a letter of intent to forge a city relationship with Sarawak, after the state election.  During the two years he served in Kuching, Liu also placed great emphasis on establishing a close relationship with the media, knowing that the media played a very important role in promoting the bilateral ties between China and Sarawak.

“Sarawak is today popular and well known in China. It is our job to create an impact of Sarawak and its major cities to the people outside especially to the Chinese,” he said.  He extended his gratitude and appreciation for the warm hospitality given by the people during his two years of service in Sarawak and welcomed all to visit Vanuatu in the South Pacific where he will be posted. 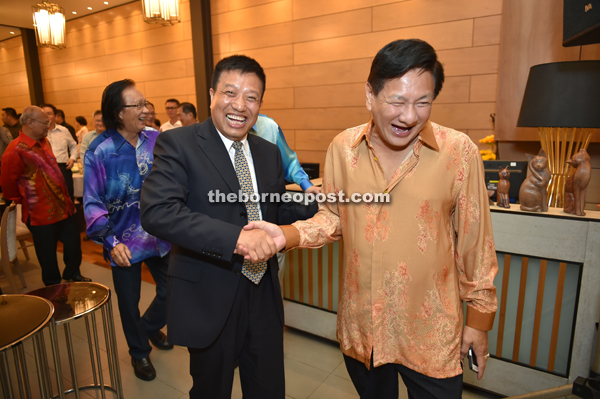 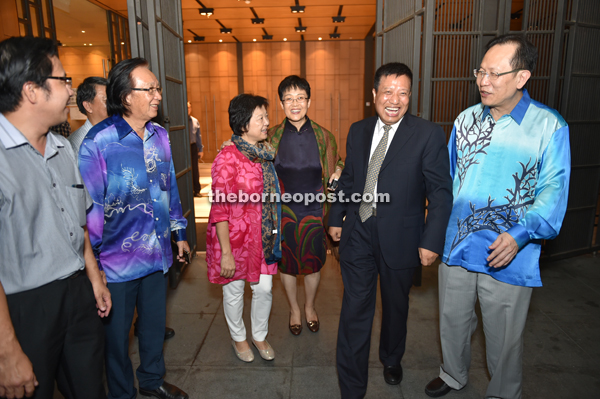