Friday, July 30
You are at:Home»News»Sarawak»SMK Sundar a parent’s heartbreak — Baru 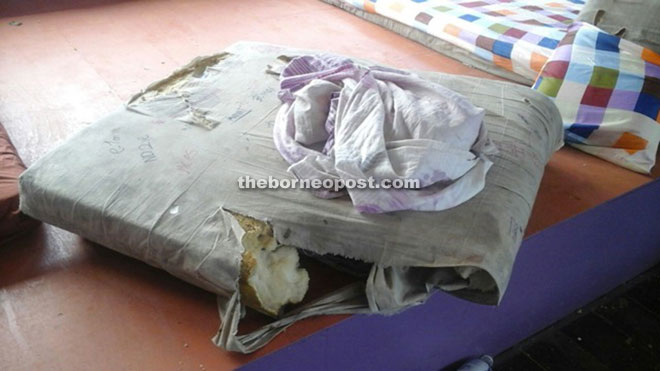 The torn and unhygienic pillow that is provided to the SMK Sundar students. 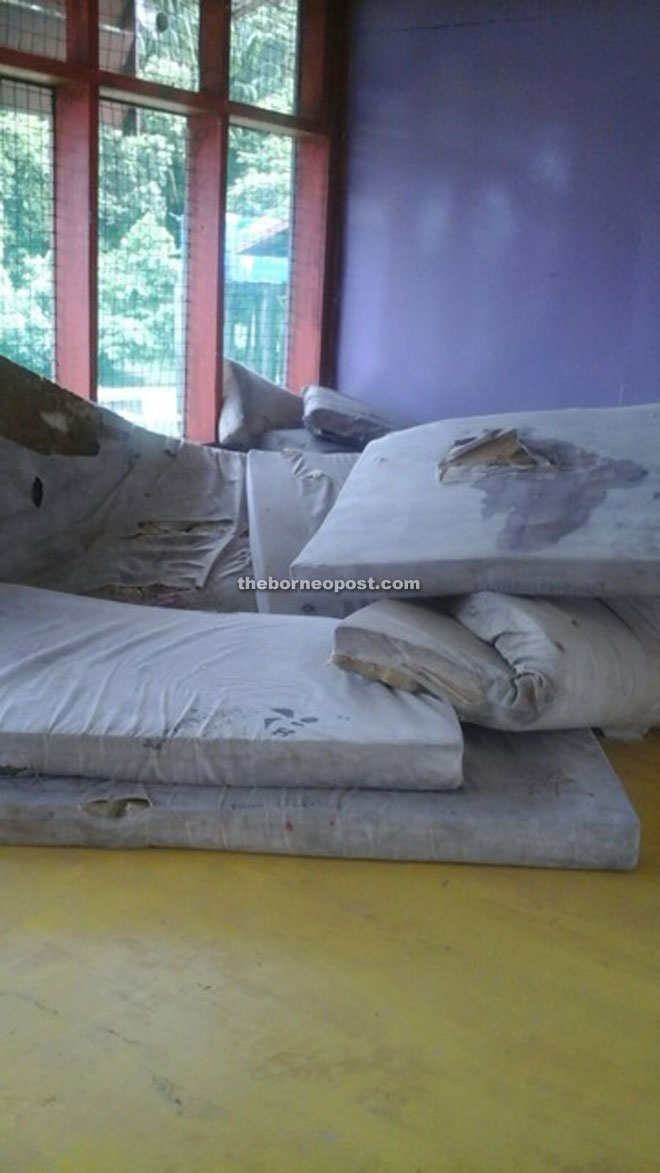 SMK Sundar students are given mattresses that are torn, stained, smelly and unhygienic. 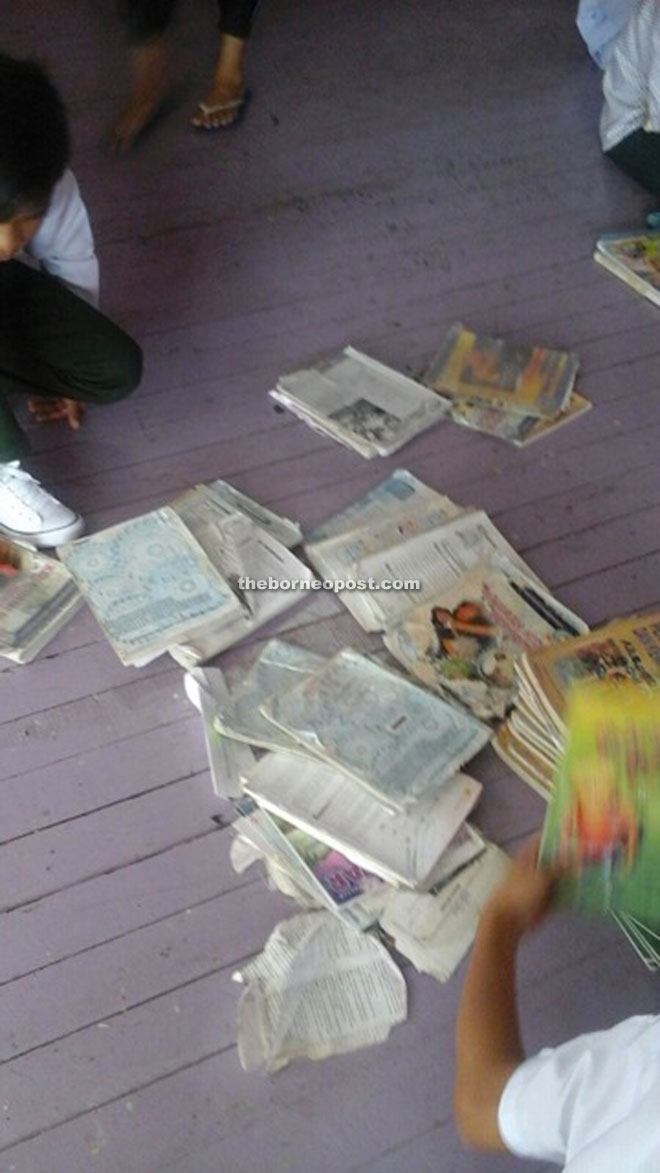 The old and torn textbooks provided to the students of SMK Sundar.

KUCHING: Parents who send their children to SMK Sundar in Lawas are heartbroken to see the appalling conditions of the school, Ba Kelalan assemblyman Baru Bian said.

He revealed he had received a few distressing photos from a parent who had sent his son to start the school year at SMK Sundar which had about 200 boarders.

“The photos showed that textbooks offered to the pupils are insufficient, old and torn, and the mattresses dumped in a heap in the dormitory are old, stained and torn.

“In the parent’s own words: ‘mereka berebut dengan buku teks seperti ikan makan baja; siapa dulu dia dapat’ (they scrambled for the text books like fish going for food (feed); the one who gets there first will get them),” he related in a press statement yesterday.

Baru, who is state PKR chairman, said it was hard enough for parents to leave their children in a faraway school, but seeing the appalling conditions their children were subjected to was heartbreaking.

“How can the parents have any confidence that their children will fare well when they have to put up with third world conditions? Their young inquiring minds are ready for learning and development but they are not given proper textbooks to use.

“Their growing bodies need proper rest but they are given mattresses that are torn, stained, smelly and unhygienic. Does the government really expect our schoolchildren to thrive and excel by subjecting them to this squalor? Is it any wonder that our rural students are performing worse than Vietnamese rural students in the Pisa assessment?”

Baru said he had brought up the need for building SMK Long Semadoh on numerous occasions, including during the last State Legislative Assembly (DUN) sitting.

“Land had been acquired in 2003 but the school has not been built up to today. The shocking conditions at SMK Sundar reinforce the urgency of the situation. I would like the Minister of Women, Welfare and Family Development (Datuk Fatimah Abdullah) to place the highest priority on the building of SMK Long Semadoh.

“I request the minister to investigate the conditions at SMK Sundar and to make immediate improvements such as providing proper textbooks and new mattresses and pillows and whatever basic amenities that may be necessary.”

He said time and again, the press had highlighted the dilapidated condition of the state’s rural schools, adding that the minister in charge and sometimes even the Chief Minister (Datuk Patinggi Tan Sri Adenan Satem) made the appropriate comments but that was it. “There is absolutely no change. There is no political will to improve the rural schools. There is no money from the federal government. Is this the development that the BN government is so proud of achieving?

“The shocking state of our rural schools is the only indicator we need of the failure of the BN government. Without proper education for the people, there can be no meaningful development in a country.”

Therefore, Baru said, the BN government should be thoroughly ashamed of this ‘achievement’ brought about by decades of mismanagement and corruption, adding: “Our children deserve better than this”.

Previous ArticleHostel not safe for students, says Ellron
Next Article 111 teachers’ requests to transfer out of Sabah approved