Sunday, July 12
You are at:Home»Columns»From the Sidelines»Right stuff vital in choice of candidates 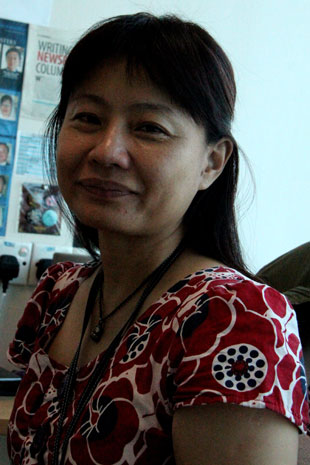 If you imagined their votes were near the 500 margin, then you were wrong.  Seven of them actually polled below 100 votes. For instance, Ali Semsu who stood in Sebuyau, managed only 67 votes, Gobbold Lusoi (Balai Ringin) 85, Asbor Abdullah (Jemoreng) 77, MichealJok (Belaga) 94 and Awang Abdillah Awang Nasan (Jepak) 89.

However, they did not represent the worst case scenario. There were two candidates who managed fewer than 50 votes – Mathew Munan (Belaga) holds the record low of27 votes with Sujal Gansi’s tally of 32 votes in Balai Ringin a close second.

From a less practical viewpoint, their courage should be admired. Disillusioned and shattered they may be but they can always claim “at least I have tried.”

With the next state election around the corner, one cannot help but wonder how many of these “wannabes” dare again dream the wishful dream of becoming a YB without even checking their ground support or considering what it takes to win an election.

Since Sarawak is a democratic state, there is nothing wrong for these electoral hopefuls to try their luck. True, politics is an art of the probable and possible but Sarawakian polling history has yet to show an independent candidate with no prior contributions to society or wide social connections, emerging victorious in an election.

For a candidate to be chosen, there must be some basic criteria – popularity, publicity (personal or party) and sizeable support. True, anything can happen in politics but to imagine one can win an election on the mere assumption that
the incumbent is weak smacks of Mat Jenin logic.

Notably, all those garnering fewer than 100 votes were independent candidates. Whether they contested on the noble notion of serving the people or with the selfish aim to just want to be a “somebody” overnight, is open to debate. What is certain though is that the 2011 State election has made a political reality very clear – that party politics in the state has already reached mature stage. The election now is a contest between the two parties –the ruling coalition and the opposition alliance.

There seems to be no place for a go-it-alone third party. In 2011, even the historical mother of all Dayak-based parties – the now defunct Sarawak National Party (SNAP) – which spawned parties such as Parti Bansa Dayak Sarawak (and later Parti Rakyat Sarawak) and Sarawak Progressive Democratic Party (SPDP), failed to deliver. It took the lion’s share of the 93 candidates who suffered the indignity of losing their deposits.

Party politics, though undeniably providing a semblance of stability to state politics, has its flaws. When party interests supersede public interests, the people stand to lose. Many Sarawak state assemblymen have been around for umpteen years. In the coming state election, at least 80 per cent of the old faces are expected to be retained. For those who have been serving the people faithfully, they undoubtedly deserve re-nomination. But for those who have been clinging to the tailcoats of their party, their nominations should perhaps be re-considered.

The State BN has been quite successful in sending across the message to the rural voters that “only the BN government can develop the rural areas.” This has largely been responsible for keeping the state BN in power over the past five decades.

With the addition of 11 new seats, the rural areas now account for 80 per cent of the total constituencies. With a strong rural voting base, the State BN is expected to retain most of its rural seats.

In recent years, there seemed to have been a drop– or even a plunge – in the winning majorities of many BN candidates. For practical and pragmatic reasons, some of them are still being retained. Who cares about winning majorities, anyway?  Winning by a single vote is a win.

Chief Minister Datuk Patinggi Tan Sri Adenan Satem who only wants another term, is aiming for a big mandate by winning as many seats as possible. Winnability is the cornerstone of his battle plan. He is not totally unaware of rising awareness in the rural areas. He knows the State BN’s victories over the past decades have been due to support from rural voters. Hence, the emphasis on greater rural development.

Regardless, the outcome of the 2011 State election should be a wake-up call. BN lost three rural seats – Krian and Ba’Kelalan – to the opposition, and Pelagus to the Sarawak Workers’ Party (George Lagong).

With the availability of the Internet and education, rural voters are becoming more aware of political manipulations – by
both sides. Many of the new generation are as informed as their urban counterparts. The BN symbol might not completely lose its appeal this coming election. Perhaps over time if apathy and complacency are allowed to set in.

While the State BN has a tight grip on rural seats, the opposition commands its presence in urban areas. There is a saying even a monkey can win an urban area as long as it stands under the opposition banner. That perhaps explains why young, inexperienced and even naive opposition politicians with no political visions or missions are now holding these seats.

With party politics firmly entrenched in the state, coupled with a near blanket lack of opportunity for a third alternative front, the people can choose to either support the government or the opposition. In any case, since party politics is the order of the day, it is thus the responsibilities of party leaders from both aisles of the political divide to present to the voters hardworking, well-informed and mature candidates who have the welfare and interest of the public close at heart.

If Adenan wants to leave a legacy, perhaps it is a good time to “cleanse” the State Assembly and the Cabinet of deadwood who have long lost their edge and stamina to serve but stay on for personal interests.

And for the opposition, knowing full well urban voters will still be making emotional decisions in the coming State election due to the many explosive issues created by peninsular politicians, it’s perhaps also time to introduce candidates with political substance and a genuine readiness to serve rather than those who can only point at clogged drains and potholes or read aloud a written script in the State Assembly like a university freshie.