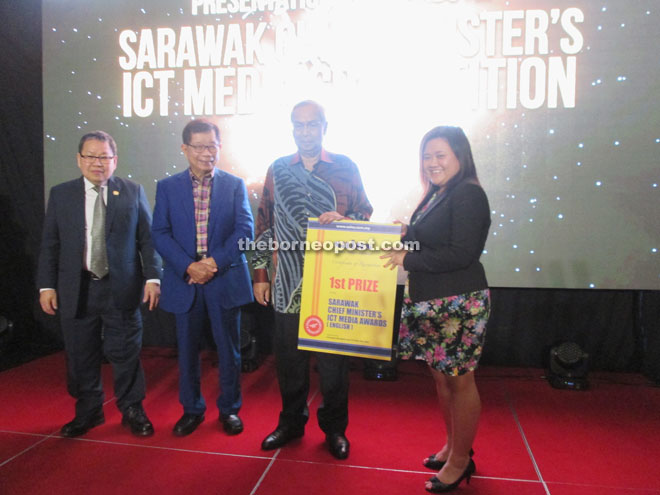 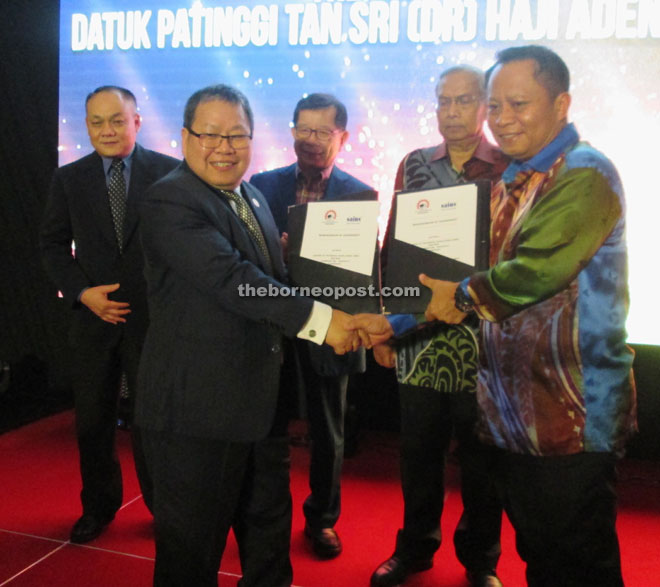 Business writer Yvonne Tuah won the first prize with her article ‘Powering the digital wave’, while column contributor and Swinburne University of Technology lecturer Mujahid Tabassum won the second prize with the article ‘The rise of VoiP Technology’. The third prize went to Samson Tan from Rakan Sarawak with his article ‘Cactus – Solution to better manage office correspondence’.

The Sarawak Chief Minister’s ICT Media Competition is organised by Sarawak Information Systems (Sains) under the patronage of the chief minister. It is held to encourage journalists to report on ICT matters to help promote and educate the people of Sarawak on the importance and benefits of ICT usage.

The gathering also included the presentation of several awards to the winners of Sains’ two other corporate social responsibility (CSR) competitions.

This competition is held biennially to encourage the development of innovative and new ICT applications by university students to create a pool of homegrown ICT talent in Sarawak.

The I-Care about Sarawak Video Competition was won by Mohammad Syafiq Harzmi, Justin Sim Thian Chiang and Mohamad Syahkhinin Sharkawi. This competition represents an opportunity for budding film makers to showcase their skills to the public through Sains’ Infocast Kenyalang.