Sunday, October 17
You are at:Home»News»Nation»Police finding out about Malaysians at new Daesh camps 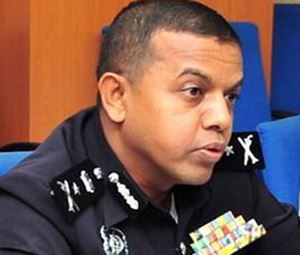 KUALA LUMPUR: The police are trying to find out whether Malaysians, even children, are at new training camps of the Daesh militant group in a northern African country.

Principal assistant director of the Counter Terrorism Division of the Special Branch in Bukit Aman, Datuk Ayob Khan Mydin Pitchay, said Malaysian police had learnt that at least 10 camps had been set up in a northern African country to
train children to be militants.

“Based on intelligence information, the Daesh militant group has opened new camps there (in northern Africa) in areas under its control. The language of communication at these camps is Arabic,” he told Bernama after participating in the ‘Ruang Bicara’ talkshow on BernamaTV last night.

Ayob Khan said information received indicated that the camps trained children as young as eight as well as those in the 13 to 15 age group.

“So far, the Malaysian police have yet to receive verification on the involvement of Malaysian children at the camps,” he said. -Bernama