Monday, September 27
You are at:Home»News»Nation»Salleh warns of stern action against abusers of social media 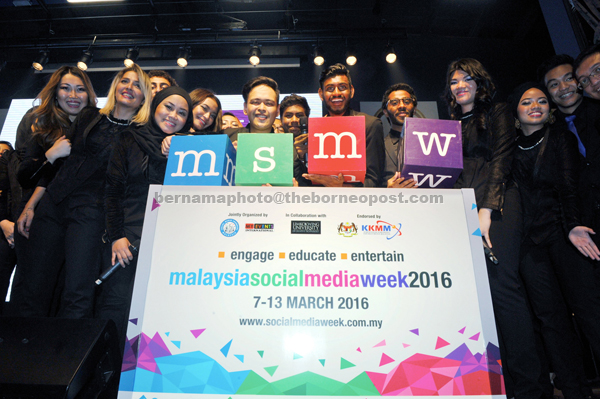 A group photo of LICT ambassador singers during the soft launch of the fifth ‘Malaysia Social Media Week’ at LimKokWing University of Creative Technology in Cyberjaya. — Bernama photo

CYBERJAYA: Stern action will be taken against people who use social media to instil hatred towards the institutions of government, said Communications and Multimedia Minister Datuk Seri Dr Salleh Said Keruak.

He said this was among the decisions adopted at the inaugural meeting of the recently-formed special committee to tackle abuse of the social media which he chairs.

“The meeting agreed that stern action will be taken against those who use social media for the purpose of defaming, abusing or inciting others to belittle the position of or instil hatred towards the institutions of government,” Salleh said.

He said the committee had also agreed that the Royal Malaysia Police would lead in the investigation along with the MCMC.

“The Attorney-General has assigned a dedicated Deputy Public Prosecutor for this purpose and will utilise every available law to ensure that those reponsible will be brought to justice soonest possible,” he said.

Salleh said the formation of the special monitoring committee should not be misinterpreted because it was done with the best intention of protecting public interest.

“It is a safeguard and pre-emptive measure to avoid the social media from causing unnecessary havoc by spreading lies, hatred and religious extremism, among others,” he said.

He said the government was also very keen to raise people’s awareness of the dangers that lie in the world of internet as crime was on the rise.

“More Malaysians are succumbing to online scams and losing millions of their hard-earned money to cyber criminals.

“In this respect, the government fully supports the establishment of the Malaysia Digital Innovation Centre,” he said.

The fifth Malaysia Social Media Week is slated for March 7 to 13 in Kuala Lumpur. — Bernama