Tuesday, September 22
You are at:Home»News»Sarawak»Pat on the back for fed govt for renewing MASwings contract 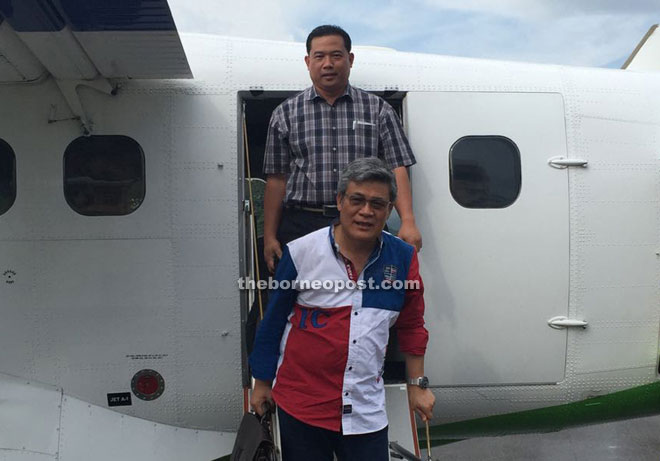 “I urge the federal cabinet to revive the Long Semadoh airstrip and reactivate flights to Miri and for the Miri-Ba Kelalan-Miri flight to be on a daily basis,” he said.

Long Semadoh and the surrounding villages have a population of more than 2,000 but the Long Semadoh airstrip is no longer operating and flights to Long Semadoh have stopped for several years. MASwings operates three flights per week from Miri to Ba Kelalan airstrip in Buduk Nur.

Balang said this was insufficient to cater for increasing travel to Miri and other urban centres for important tasks.

“There is a need for daily flights to cater for the people from Ba Kelalan to Lawas or Miri, particularly to transport sick people or pregnant women for treatment,” he added.

However, Balang said SPDP was thankful to the federal government for giving attention to the flight needs of rural people in east Malaysia but stressed that many more areas in Sarawak and Sabah needed air connectivity.

“As we all know, air travel is a top necessity in Sarawak and Sabah due to the big size of the two states and due to the lack of good roads,” he said.

Two days ago, the Minister of Transport Datuk Seri Liow Tiong Lai announced that the contract with MASwings was renewed for another seven years to cater to the needs of the rural people of Sarawak and Sabah.

The minister said subsidy worth RM190 million would be provided under the contract to MASwings, which is a wholly- owned subsidiary of Malaysia Airlines.

Balang welcomed the decision to continue subsidising rural air services, saying Sarawakians and Sabahans have to rely on low cost travel and that air link is the only fast way of travelling into and out of rural settlements.