Monday, February 6
You are at:Home»News»Sabah»Work together for betterment of country – SCCC
For the freshest news, join The Borneo Post's Telegram Channel and The Borneo Post on Newswav. 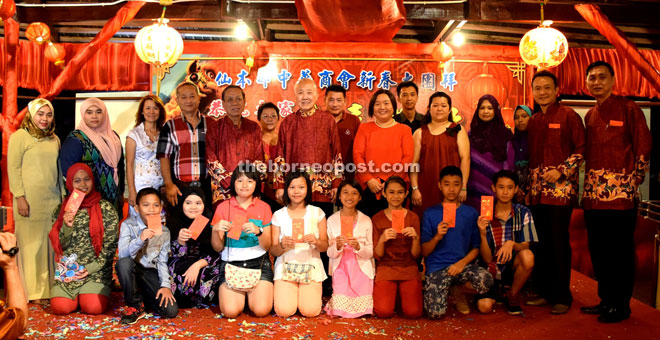 SEMPORNA: Semporna Chinese Chamber of Commerce (SCCC) vice president Peter Gan hoped that the government, business community and people would continue to work hand in hand for the betterment of the country.

Peter also urged SCCC members to render the chamber’s leadership their support and cooperation in the new year in order to achieve new milestones.

“Our members should have more communication and interaction in an effort to safeguard the interests, culture, welfare and education of the Chinese community and businesses,” Peter said this during the SCCC Chinese New Year celebration here recently.

Peter, who is the organizing chairman of the event, said the chamber had been organizing the annual Chinese New Year celebration for decades.

“We hope to impart the importance of family reunion among the Chinese people, as well as to preserve our traditional culture,” he said.

The highlight of the event was the ang pow lucky draw. The first prize was RM888, second prize RM588 and third prize RM 388.