Tuesday, January 28
You are at:Home»News»Sarawak»PRS members happy if Mambong given to the party 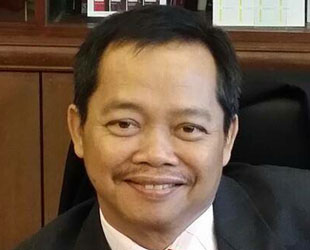 KUCHING: Parti Rakyat Sarawak (PRS) members in Bengoh and Tarat divisions are happy with the news that the party top leaders are considering to take Mambong as additional seat to contest in the coming state election.

The party’s Tarat Division chief Edward Kurik said members in this Bidayuh-majority division were excited with the prospect of PRS finally getting its first seat in a Bidayuh area.

“We react with full support and excitement to the proposal for the party to have Mambong. On behalf of other PRS members in Bengoh and Tarat, I want to say that we feel very happy and we hope the chief minister and leaders of other Barisan Nasional component parties will give PRS a chance to serve a Bidayuh seat,” he said when contacted yesterday.

Edward, who is also PRS executive secretary and deputy treasurer-general, was responding to yesterday’s The Borneo Post regarding rumours that a Bidayuh-majority seat was now in the party’s radar despite already being allocated the two new seats of Samalaju and Murum.

PRS president Tan Sri Datuk Amar Dr James Masing did not deny nor confirm the rumours, but was quoted as saying the party was ready to take another seat if given by BN leadership, which would make it 12 seats to be contested by the party in the coming state election.

“It is not a question of entitlement but a question of whether you can win the seat for BN. So, it doesn’t matter if it is a Bidayuh, Orang Ulu or Iban seat for as long as it is Dayak majority seat which PRS can deliver for BN,” Masing was quoted as saying.

Talks are abound that a PRS leader has been going around in Mambong (formerly Bengoh), a Bidayuh-majority seat. This is following speculations that Bengoh assemblyman Datuk Dr Jerip Susil could be asked to move to Serembu, a new seat covering areas in Bau District carved out of Bengoh.

Despite ‘ceding’ some areas to Serembu, Mambong has ‘absorbed’ several villages in Upper Padawan which were formerly under Tarat. PRS has yet to represent a Bidayuh seat despite being called a Dayak-based party.

He was also confident that such proposal was conceived following consultations among BN leaders with regards to resolving the impasse between SUPP and BN-friendly United People’s Party (UPP) with regards to allocation of seats.

“We hope this formula is being adopted by the State BN leadership in line with statement made by Chief Minister Datuk Patinggi Tan Sri Adenan Satem in a recent interview (published in a national daily),” he said.

Adenan was quoted as saying that both he and Prime Minister Datuk Seri Najib Tun Razak had found a possible solution to please all parties pertaining to seat distribution, and Adenan also did not dismiss the possibility of seat-swapping among components and fielding of BN direct candidates.

the idea of giving Mambong to the party materialises.

He said PRS too had helped other BN components in their respective seats in past elections, and he added that cooperation and support from PRS were being acknowledged by elected representatives from those other components.

The coming state election, which is now just around the corner, will see 82 seats being contested. These include the 11 new seats of Batu Kitang, Stakan, Serembu, Bukit Semuja, Gedong, Kabong, Tellian, Bukit Goram, Samalaju, Murum and Mulu.