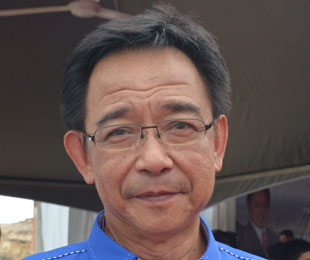 SIBU: There is a need for the country’s civil service to train and guide the staff on prudent management of their salaries.

Assistant Minister of Social Development Datuk Abdul Karim Rahman Hamzah voiced this out Monday, following the disclosure of a nationwide
survey carried out by Congress of Unions of Employees in Public and Civil Services (Cuepacs) last December, stating that 150,000 (12 per cent) of civil servants in Malaysia were borrowing money from ‘Ah Long’ (unlicensed moneylender, or loan sharks).

According to state Cuepacs secretary Omar Bahrein Unin, low wages and high cost of living are two key factors that lead to these government employees borrowing from Ah Long, who are notoriously known for their ruthlessness in collecting debts.

Omar also said the Muslim Consumers Group (PPIM) had identified more than 2,000 civil servants who were being harassed by Ah Long over the past three years.

“Most of them are members of the military, enforcement officers and teachers who tend to borrow money from money lenders, as they are easily traced by the Ah Long.”

Commenting on this, Abdul Karim believed that the problem did not lay with small wages, noting that teachers and army personnel were among those who received higher income and allowances than others in the civil service.

“Actually, it is how they manage their financial matters. If they are not disciplined, even with RM10,000 or RM20,000 per month, it is still not enough,” he said.

Abdul Karim was also concerned about the majority of these borrowers which comprised those in the teaching profession and those looking after national security.

“How are they going to teach properly or safeguard the nation if they’re always hounded by these loan sharks?

‘When bogged down with repayment problems and harassment by the loan sharks, I doubt that they would be able to focus fully on their job,” he said.