Sunday, June 20
You are at:Home»News»Sarawak»Abdul Karim: No way DAP can form unity government with BN 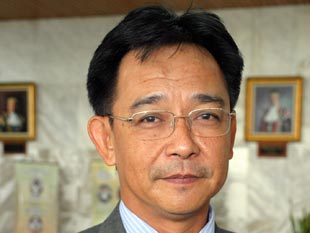 KUCHING: The state Barisan Nasional (BN) will never accept Democratic Action Party (DAP) into its fold as the idea will not augur well with the coalition’s policies, considering the different objectives and set-up between the two political entities.

Parti Pesaka Bumiputera Bersatu (PBB) supreme council member Datuk Abdul Karim Rahman Hamzah said both Barisan and DAP have their own history and objectives which are completely different which could prove difficult if the two were to work together in a unity government.

Although nothing is impossible in politics, the Asajaya assemblyman believes the possibility for a unity government between the state Barisan and the opposition party, given the present political scenario, is not feasible.

“DAP, through the years of its struggle, has been seen as a chauvinist, racist party. It might have tried to reach out to the other races in the last few years, to make it look ‘multiracial’, but the fact shows that it is a predominantly Chinese-based party. Unfortunately, the party’s struggle is also seen as more towards one particular race as well.

“Nevertheless, anything is possible in politics but looking at the present political scenario, prospect of a coalition government between BN and DAP looks almost nil and impossible,” Abdul Karim told The Borneo Post when contacted yesterday.

He was responding to state DAP chairman Chong Chieng Jen’s comment that his party did not rule out the possibility of forming a unity government with the Sarawak BN at the state level.

Chong, who is Bandar Kuching MP, was reported in a national Chinese daily as saying that as long as he is DAP Sarawak chairman, the party will not join BN. However, he would not rule out 100 per cent the possibility of forming a unity government with Barisan. He added that in many countries, the opposition cooperates with the ruling parties at state levels but fights at the federal level.

“Joining the BN or in a coalition with the Barisan, it is the same. The end result is still the same – defending Sarawak’s rights as one. Either we do it as a member of one family or in a different bilek (household) but under the same longhouse, it doesn’t matter.

“We have agreed to differ but what matters for Sarawak is that the opposition and BN stand hand-in-hand on issues that are dear to the hearts of Sarawakians such as the 20 per cent oil royalty and on the motion in defence of Sarawak’s rights,” he told The Borneo Post.

The senior minister pointed out that if Barisan and the opposition could stand together on common issues, a new political scenario would be created whereby the people would witness less politicking and have more time to spend on progress for the whole state.

“Political bickering will be put on the backburner while the people’s welfare will be placed as top priority. When that happens, then resources and time will be used for development and less on unnecessary bickering,” he continued.

Meanwhile, state BN secretary Datuk Dr Stephen Rundi Utom was reported by an online news portal as saying the Barisan coalition could not work with DAP as their policies and directions are different. He pointed out that the party had, on numerous occasions, tried to run down the state government. He deemed Chong’s statement on a unity government as mere political gimmick to be seen aligning with the state government.

Dr Rundi, who is also PBB secretary-general, felt that Chong would be the last person the party is interested in cooperating with and there was no need for PBB to form a unity government with DAP to grab Chinese seats.