Thursday, February 2
You are at:Home»News»Nation»Improved Road Safety Education Module in schools next year
For the freshest news, join The Borneo Post's Telegram Channel and The Borneo Post on Newswav. 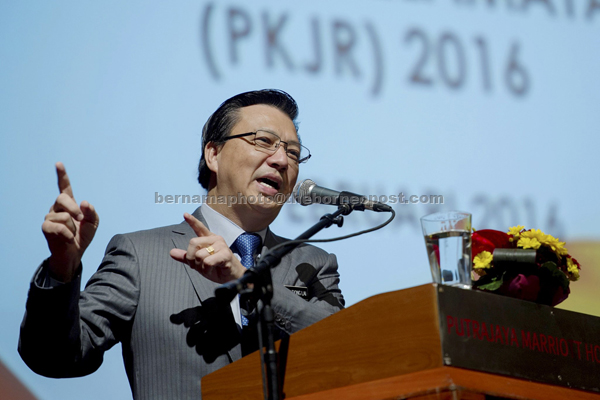 He said the ministry welcomed public views and proposals to improve the module from yesterday to March 17 on the Malaysian Institute of Road Safety Research (Miros) website.

“All inputs will be analysed and taken into account,” he told reporters after launching the project to review and redevelop the module here yesterday.

Road Safety Education was implemented in schools in 2007 with the cooperation of the Ministry of Education as a long-term proactive measure to boost road safety awareness among students.

According to Liow, the module encompassed a weekly 40-minute road safety education which would be taught as part of the Bahasa Malaysia subject to Year One to Year Three students.

He said the readjustment of the module was crucial to ensure that the topic was prepared in accordance with the times and in tune with the present culture.

“One glaring example is driving while using the mobile phone, a scenario which was non-existent 15 or 20 years ago,” he said.

He said that according to a study by Miros in 2015, the overall loss from road mishaps in Malaysia touched RM8.6 billion, and this included deaths and serious and light injuries.  — Bernama