Monday, May 23
You are at:Home»News»Sarawak»Nod for Sarawak, Sabah to recruit own foreign workers 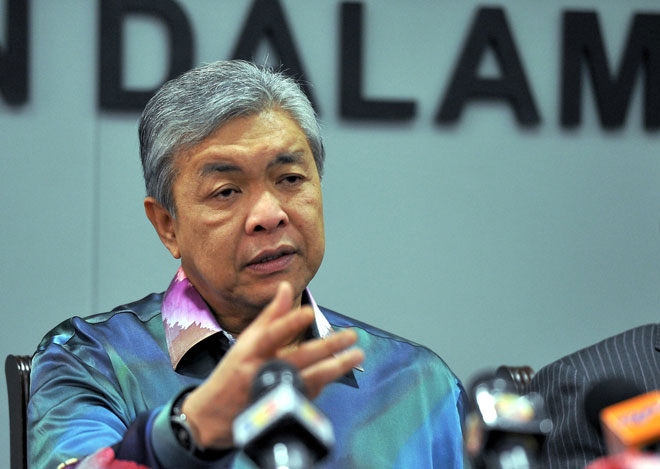 KUCHING: The federal government has given the green light to Sarawak and Sabah to source for foreign workers in the various sectors especially for jobs considered as dangerous, dirty and difficult (3D).

Deputy Prime Minister Datuk Seri Dr Ahmad Zahid Hamidi said both states were allowed to do so as both had their own immigration laws.

“So we leave it to both state governments of Sarawak and Sabah to decide where to source for the workers they need because they know very well the demand of the industry (and not necessarily from Bangladesh). The two states can decide and we will endorse,” Ahmad Zahid told the media during his Chinese New Year visit to KTS Group managing director Dato Henry Lau at the latter’s residence here yesterday.

He had earlier clarified that the country would defer the intake of the recruitment of 1.5 million Bangladeshi workers in the various sectors in the country over the next three years following a memorandum of understanding (MOU) between the two countries two years ago.

Meanwhile, Land Development Minister Tan Sri Datuk Amar Dr James Masing, who was the minister in attendance, said his ministry’s top priority now was to look for ways to attract locals to work in the oil palm plantations, which is losing some RM1.5 billion annually due to the lack of harvesters for the fresh fruits bunches (FFBs).

“I would like the critics to come forward and to provide solutions to this problem which we must address. I am always ready to listen to their suggestions and recommendations,” said Masing.

Masing had recently said the state has decided not to recruit the Bangladeshi workers for the oil palm plantation as they were found not suitable for the job.

“You (critics) always say that I only take orang luar (foreigners); now please come forward with your suggestions and recommendations so that we can address this issue once and for all. Don’t just criticise — you tell me what’s your solution, including the economics of it as well as we do need the harvesters; otherwise we will continue to lose RM1 billion annually,” he reiterated.

At the same time, Masing said his ministry would hold dialogues with various stakeholders such as planters and those who have the licence to recruit workers.

“We will find out the best possible solution for this long- outstanding issue. We cannot be depending on the Indonesians as they could eventually become our competitors once they decided to go back to their country,” added Masing.