Sunday, September 20
You are at:Home»Features»Nomadic Penans settle down to better days ahead 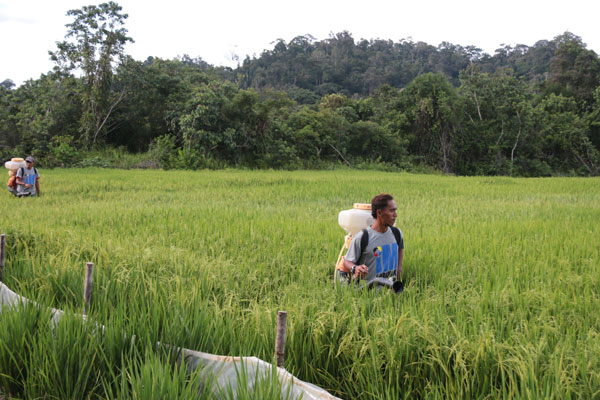 (From left) Aring and Ramli Jok, wide through a padi field.

FOR the poor Penans of Lusong Laku in Belaga, hopes are springing up for a better tomorrow.

The nomadic community have gone through some tough times but better days are now in store for them after they made a life-changing decision to stay put.

Leaving their roaming days behind, they have picked up modern farming that requires good planning and promises sustainable harvests.

About 130 Penan families in Lusong Laku are looking forward eagerly to Feb 25. That’s when they will start harvesting their 10ha spread under a wet padi cultivation pilot project, initiated by iM Sarawak, to help overcome long-term food insufficiency faced by the about 600-strong tribal community. A bountiful yield will tide them over a whole year.

“We’ve decided to give up hunting in the jungle to work in the field. Now, as I look at the field, I feel like crying because I am so proud of this — our sweat and toil to give our children a better future,” 39-year-old Aring Sinai told reporters during a media trip to his area on Feb 3.

Lusong Laku is a Penan resettlement about seven hours’ drive from Bintulu — four hours on tar road and three hours on off-track or logging road.

The project was introduced to Lusong Laku about a year ago and its success is based on the commitment of all the parties involved — most importantly, the readiness of the Penans themselves to adapt to modern farming.

Penghulu Jati Jarang who has been hunting and gathering jungle produce for survival all his life, is especially happy with the project, saying he has long been hoping for something like this to happen.

“I have been hoping for change for a very long time.  I want to work on the land and I love to have schools. What we learned from this project, we did not learn from our ancestors. They taught us to plant potatoes and hill padi — that was all. To be able to learn modern padi cultivation is something we treasure,” the 60-year-old added. 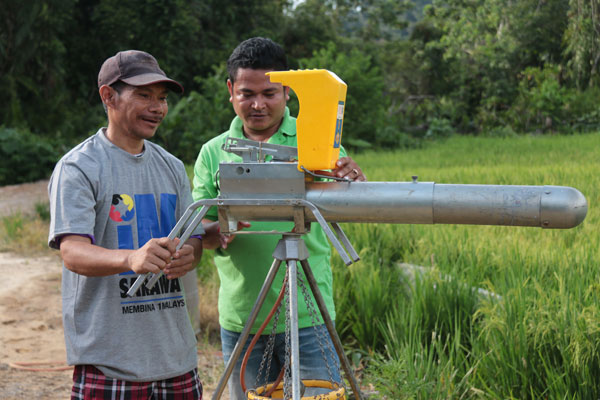 Moving with the times

The forests are home to the Penans, known for their nomadic life. In the past, food was always in abundance out in the wilderness and life was easy. However, with the passing years and rapid development, foraging in the jungle became tougher as sustenance became scarcer. The tribal community has to move with the times.

“I was born here in this village (Lusong Laku) which is my home for many years and life was very hard.  Just like my ancestors,

I hunted for food and other produce in the jungle — sago worms, rattan and things like these for everyday use.  I would stay in the jungle for one month, two months or even three months before going back to the village. Most times, I was hungry in the jungle and sometimes I came out without any food to bring home,” Jati said.

He pointed out that because food was scarce, they cultivated hill rice and some vegetables but even so, there was hardly enough.

Penan families sent their children to school but truancy and dropouts were common because the children had to help their parents with the hunting and in the hill padi fields, normally situated very far from the village.

“Hunting is fun — I like hunting but there is a difference between hunting for food and for fun. We hunted for food as we had to feed our families. My parents did not go to school. We planted hill padi but the field was getting farther and farther from our village. Sometimes, our children had to spend the night at the padi field with us — that was why they could not go to school,” he explained.

Today, people are living in times of great changes and challenges, so are the Penans but apparently, the changes are happening too fast for them. Their inability to catch up has left them no choice but to ask for help.

The state government is constantly finding ways to help the Penans. Other aid agencies are chipping in as well.

About a year ago, iM Sarawak approached the Lusong Laku Penans on the wet padi project, based on gotong-royong where success would be determined by the community’s commitment to change. 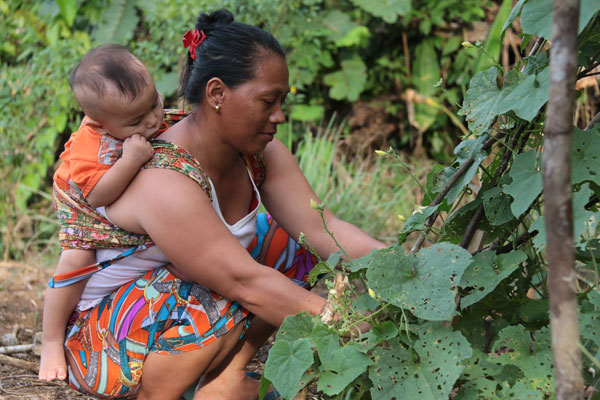 Because of their nomadic way of life, the Penans are perceived to be unable to settle down, work in the field and till the land. However, Aring debunked the fallacy, saying the wet padi pilot project which the community agreed to be part of turned out to be a fruitful partnership.

The families work in the field from 7am until 5pm every day. They are taught to clear the land, create drainage systems and practise paddy field management to ensure all-year-round harvest.

“The people from iM Sarawak are helping to build our lives — we just cannot fail. We Penans can do it.  iM Sarawak told us they were giving us something but it was up to us to see it through. Many people say we are not fit to be farmers. I can tell you there were also doubts we could work in the paddy field. But we did not give up because of the negative comments. Yes, it was a challenge but it gave us the strength to work even harder and prove we can really do it — and we intend to make it work,” he pointed out.

In fact, Aring said modern farming was much easier than the planting hill rice with outdated methods. 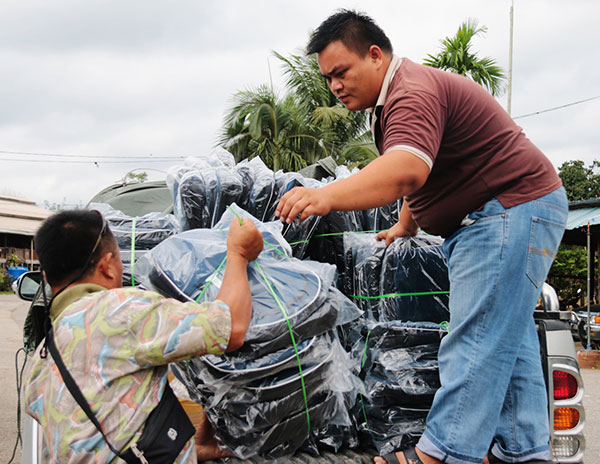 Helpers loading items bound for the Penans into a pickup truck.

Pest problems were something the Penan farmers had never encountered before.

“I constantly asked our ‘teacher’ what to do and we were told not worry as pest problems are common to all farmers and could be controlled,” he noted.

Aring figured if only such a project had been introduced earlier, Lusong Laku would not have had to face long-term food scarcity. However, he is very thankful to iM Sarawak that the Penan community can finally enjoy a better life.

“Our children certainly deserve better than what we are having. Now, they can go to school without interruption and their future should be brighter,” he said.

Looking to the future with the benefit of farming skills, Aring hoped to give back by teaching other Penans modern farming. And Jati agreed with him that the Penans should be taught to work in the field.

“I think we can do more. I like our way of life now though it’s not harvesting time yet.  We should become teachers and encourage other Penans to work. Our efforts can create better lives for ourselves and we no longer have to forage and hunt to survive,” he pointed out.

He also hoped the success of the project would encourage other rural communities to consider modern farming as a livelihood.

Meanwhile, apart from resolving the issue of self-sufficiency in producing food, the project also aims to inculcate entrepreneurship on a more permanent basis among the Penans.

The Land and Survey Department has approved 170ha for agricultural use. A wet padi cultivation pilot on 10ha has been implemented with the groundbreaking on May 29, 2015.

A vegetable plot was set up to supplement the community’s food supply — in addition to the cultivation of wet padi. 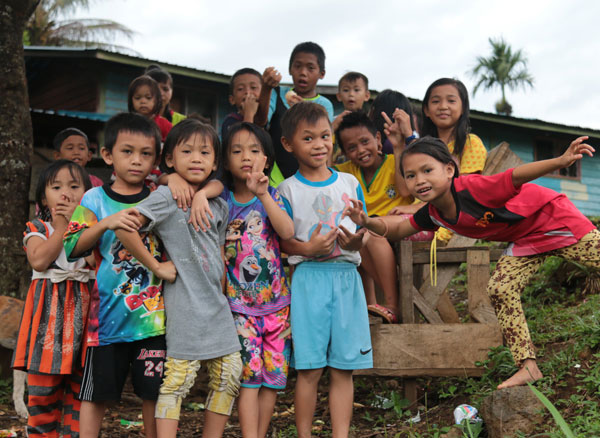 With the iM Sarawak wet padi project, young Penans can stay in school.