Tuesday, September 22
You are at:Home»Business»Malaysian aerospace industry sees investments of rm4 billion in 2015 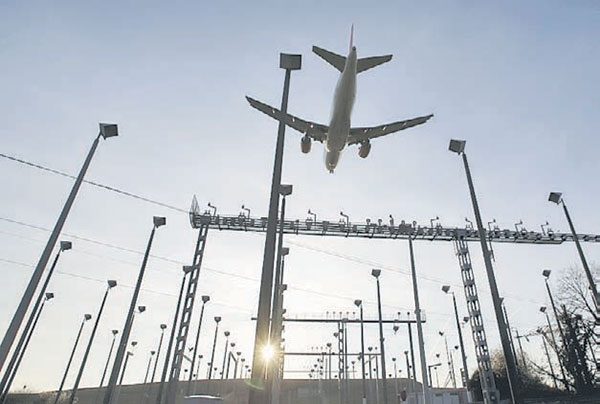 He said the amount is half the total approved investments of RM8.7 billion recorded for the sector between 2011 and 2015.

“We have developed a strong local supply chain, that comprises both global and local industry players.

“Malaysia is at present home to 34 companies involved in maintenance, repair and overhaul (MRO) activities, eight in aircraft assembly, with 20 being manufacturers of aircraft parts,” he added.

Mustapa also noted that Malaysia’s aerospace industry had grown significantly and now provided more than 19,000 job opportunities, with the overall number of companies involved in it having reached more than 160.

The industry is projected to contribute revenue of RM20.4 billion for MRO, RM21.2 billion for aero-manufacturing and RM13.6 billion for engineering and design services by 2030.

“During this period, the region will account for the biggest market with 38 per cent of global deliveries of passengers and freight planes,” he added.

According to the Airbus Global Market Forecast, the company would increase its supply sourcing base in the Asia Pacific to 34 per cent from the current one per cent.

Mustapa is expected to reveal the overall 2015 industry performance on Feb 29. Meanwhile, Spirit Malaysia Vice President Scott McLarty said Malaysia is a major supplier of wings for the Boeing 737 and Airbus’ A320 models.

Spirit Malaysia is the largest independent producer of large aerostructures with a US$7 billion annual turnover, while expected to double growth in the next five years.

“Malaysia is a very important and strategic region for us.

We want to see it (the country) grow and draw on the many advantages it provides for our business,” McLarty added.

He said it was important for Spirit Malaysia to develop more (aircraft components) suppliers than what was currently available to capitalise on the   opportunities in the industry space, as more people bought airplanes and businesses got bigger.

Airbus has established industrial relationships across the Asia-Pacific in working with manufacturers in countries such as Malaysia, China, Japan and South Korea, for the supply of parts used in the company’s various aircraft programmes.

The latter two have become an important supplier of composite structures, ranging from wing components for the A320 Family and A350 XWB. — Bernama