Sunday, June 7
You are at:Home»News»Sarawak»7,288 students affected by flood 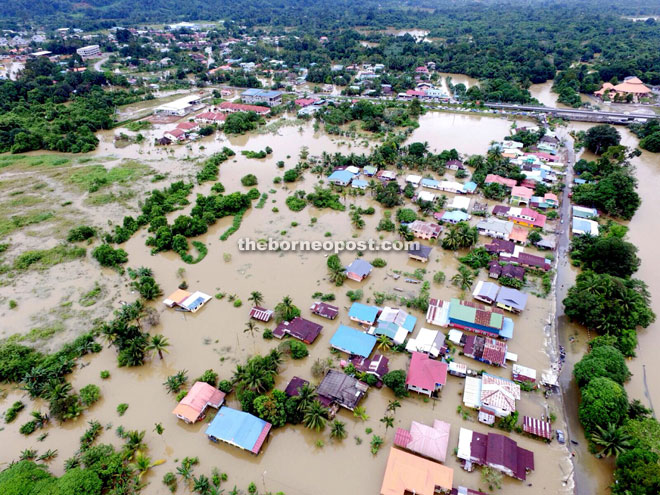 KUCHING: A total of 7,288 students in the state were affected by school closure due to the floods.

Minister of Welfare, Women and Family Development Datuk Fatimah Abdullah said they were from 47 schools in Padawan, Bau, Serian and Samarahan areas.

As of 9am yesterday, 26 of the schools were still flooded.

“I would like to advise school children to stay safe, and parents to be in constant touch with the schools in order to know the latest on the opening and closure of schools.

“At this moment, schools are flexible on rules on wearing of uniforms,” Fatimah said when asked about affected students.

She also said schools were told to compile reports on damage caused by the flood and to forward them to the state education director through the district education offices for further action.

Meanwhile, many evacuation centres that were opened since Saturday (Feb 20) in the various districts affected by flood were closed yesterday as most evacuees had returned home.

Meanwhile, state Fire and Rescue Department (Bomba) chief Nor Hisham Mohammad told The Borneo Post that their personnel were helping flood victims with post-flood cleaning up.

He said the kind weather the last two days had allowed flood water to recede and many villages, towns and roads submerged by flood were back to normal.

“Many of the flood victims had moved back to their houses from the evacuation centres and now it is mostly cleaning up after the flood,” he said when contacted yesterday.

“My staff are helping out the flood victims who returned to their respective houses and try to salvage what can still be saved,” he added.

Nor Hisham said his staff were all in high spirits and taking shifts to help victims move back to their homes and do cleaning.

He reminded people especially the young to be extra careful and not to venture into flood water as the water current was unpredictable.