Wednesday, June 3
You are at:Home»News»Court»Father and son jailed for robbing student 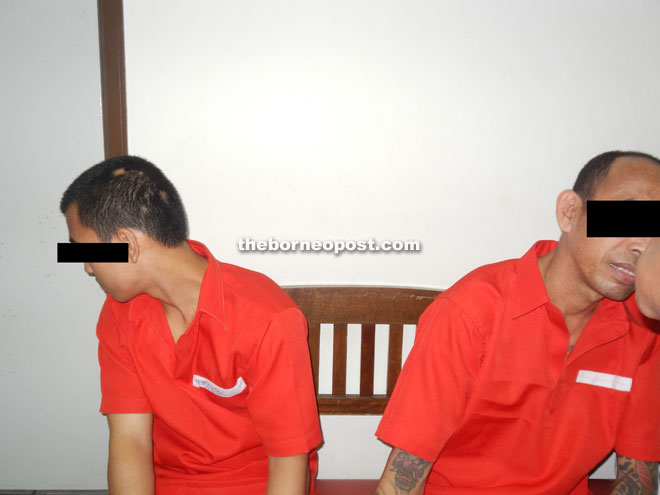 The father and son waiting outside the court room.

KUCHING: A father and son were sentenced to 13 years in jail by the Sessions Court for robbing a student of his power bank last year.

The duo, who are serving a 13-year imprisonment, were ordered to serve the new sentence concurrently with the previous conviction.

In the previous conviction, both of them were found guilty of three robbery charges for which they each received 13 years in jail and one lash, running concurrently last year.

Yesterday, they were found guilty of robbing a student at Desa Ilmu in Kota Samarahan of the gadget around 5.30pm on
Feb 26 last year and were convicted under Section 395 of the Penal Code.

In another Sessions Court room, a youth who pleaded guilty of raping an underage girl was sentenced to seven years’ jail.

Syed Nuqman admitted that he committed the offence on a 15-year-old girl in a village house at Jalan Matang around 3pm between April and May 2014.

The girl informed her family of her pregnancy and they confronted the boy who promised to be responsible, but
changed his mind after she gave birth to a baby girl in January last year.