Wednesday, June 3
You are at:Home»News»Nation»MH370: Search expected to resume subject to weather 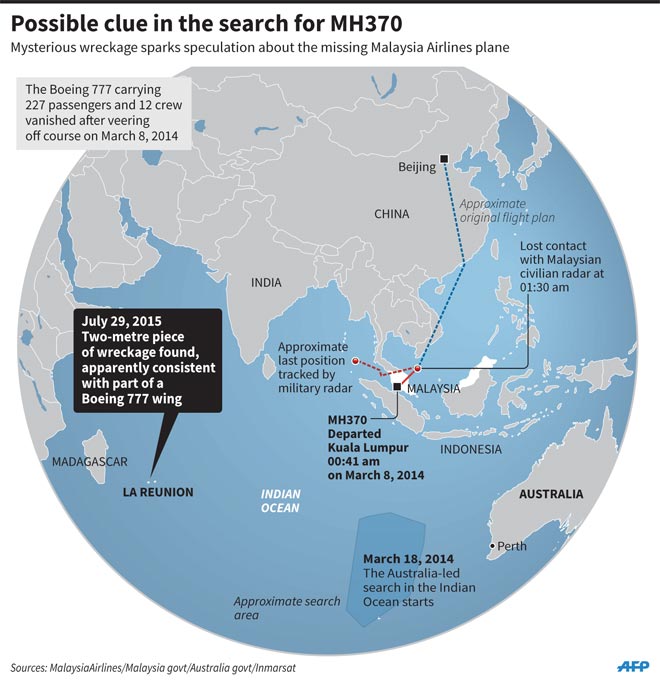 KUALA LUMPUR: Subject to weather, one of the search vessels for the missing Malaysia Airlines (MAS) MH370 is expected to resume its search operations today after experiencing hiccups with the reinstallation of its towed sonar vehicle ‘towfish’.

In a statement yesterday, the Australian Government’s Joint Agency Coordination Centre said Fugro Discovery which departed from Port Fremantle after a thorough inspection would join the Fugro Equator and Havila Harmony at the search area.

The towfish was reported to have been lost after striking a 2,200-metre high mud volcano on Jan 25.

As a result, the towfish’s cable broke and sent the vehicle and its 4.5km of cable to the ocean floor.

It was then recovered by Havila Harmony and a new cable was fitted to the Fugro Discovery.

The agency said another vessel, Dong Hai Jiu 101 was expected to arrive at the search area on Thursday, after departing from Port Fremantle.

The MAS aircraft with 239 passengers and crew on board disappeared from the radar screen while enroute to Beijing from Kuala Lumpur on the morning of
March 8, 2014.

The final flight path of the doomed aircraft is believed to have ended in the southern Indian Ocean. — Bernama