Thursday, August 6
You are at:Home»News»Sarawak»Sape is my ‘second wife’, says sape master 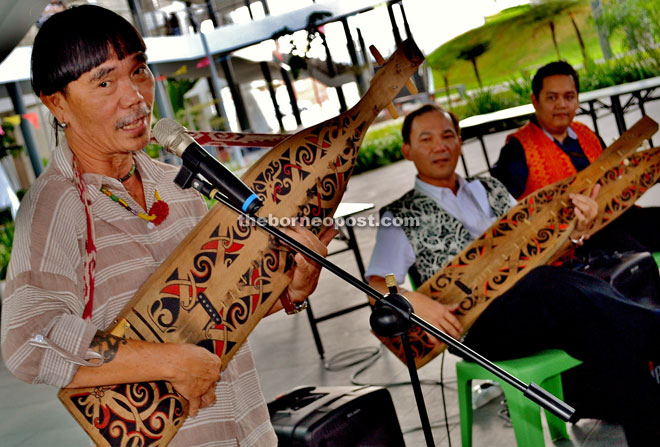 Mathew rendering a song at UCTS. 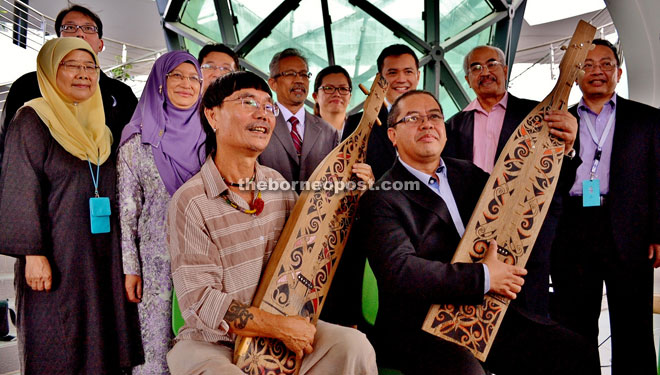 Abdul Hakim (seated right) fiddles with the sape that was handed to him by Mathew (seated left). 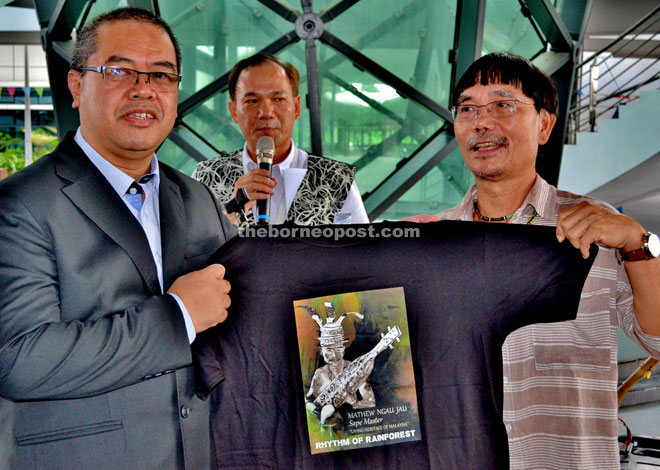 Mathew presents a memento to Abdul Hakim (left). With them is Clement.

He said with the assistance of the government, he had been able to play for a global audience all these years.

A regular feature at the annual Rainforest World Music Festival in Kuching, he is due to perform at an international performance concert in the United States in August this year.

Mathew, a Kenyah from Baram, is a celebrity of sorts. He was named one of Malaysia’s Living Heritage by the Ministry of Tourism and Culture last year.

The former SMK Bau teacher has been playing sape professionally for some 20 years.

“Sape, to me, is just like my second wife. I play and sleep with it every day,” he said here yesterday when he symbolically handed a sape to University College of Technology Sarawak (UCTS). It was received on UCTS’ behalf by vice-chancellor Professor Dato Dr Abdul Hakim Juri.

He said the club had so far bought four sapes from Mathew, including the one received by Abdul Hakim.

Previous ArticleSarawak’s unity, harmony a model for others to emulate
Next Article Event-full CNY open house expected this Saturday